The cycling champion is a huge fan of mod band The Jam, and capped off a terrific 2012 by performing with his hero Weller onstage at a benefit gig in London last month (Dec12).

Now Weller is teaming up with Wiggins once more - they are recording a new version of his single Window Shopping, which was first released last year (12).

Weller is forming an unlikely supergroup to play on the song, recording with Tour de France winner Wiggins on guitar, former The Jam bassist Bruce Foxton, as well as guitarist Steve Cropper and Russell Hastings, the vocalist for band From The Jam.

A source tells Britain's Daily Mirror newspaper, "It's all incredibly exciting and has been in the pipeline for some time. Everything has finally been signed off though, and a date (to record) set for mid-February.

"(Wiggins) will be joining his boyhood heroes, Bruce and Steve, on guitar with a small cameo, and as well as lending his studio, Paul will chip in on instrumentals, while Russell will be on vocals...

"Although there are certainly no immediate plans for a Jam reunion, stranger things have happened."

The stars are expected to record in Weller's studio in Surrey, England, and all five will film a music video for Window Shopping. 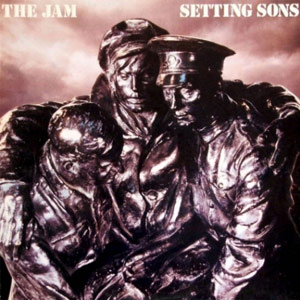