Like many other musical byways, dance music tends to have a pervasive, almost fetishistic, obsession with its own past. Nailing down the reasons why is as difficult - and futile - as with most attempts to dredge popular culture, but this fascination seems more accentuated than most given it's a genre driven by A) Technology and B) The environment it's consumed in and C) The substances the listener is under the influences of whilst in B).

Equally The Invisible couldn't have come up with a more apt name for themselves if they tried. A trio from London which formed a decade ago, they've reversed the usual process of being session musicians before they coalesced into something real, instead jobbing since, with singer/guitarist Dave Okumu amongst others Paloma Faith, Jessie Ware and Anna Calvi, whilst drummer Leo Taylor beat the skins on Adele's 21 album and former Acoustic Ladyland guitarist Tom Herbert plays in experimental jazz outfit Polar Bear.

Much has happened since the release of the band's acclaimed second album Rispah in 2012; Okumu was nearly electrocuted performing in Lagos - saved only by Herbert's intervention - and wrote much of Patience's material whilst ensconced in the LA beat scene, whilst collectively the trio have they say "Gained a deeper understanding of the value of life" in the time that's passed. It's been three years since The Invisible released their Mercury nominated, self-titled debut and in that time they've experienced some heady heights and, unfortunately so, some very personal lows. Nowhere near as pop as the debut -the song 'Lifeline' probably comes the closest - the band is leaning very much into the dark this time round, the album allows the band to explore the depths of their musical ambitions with the output being murky and claustrophobic, yet totally listenable at the same time. 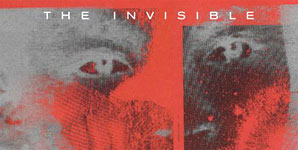