The New Year's Day special didn't go down at all well with fans of the sitcom.

The negative reaction to the recent reunion of ‘The Inbetweeners’ was so negative that one of its stars, James Buckley, says he feels “hated” as a result.

Buckley and his co-stars – Simon Bird, Joe Thomas and Blake Harrison – took part in a two-hour Channel 4 studio special on New Year’s Day titled ‘Fwends Reunited’, hosted by Jimmy Carr. Alongside old clips and highlights of the show, the cast answered questions and chatted about their time on-set together to mark the 10th anniversary of the sitcom.

However, many reacted badly to the show, seemingly because many misunderstood the nature of the show and had expected a full, one-off reunion episode – even though it had been clearly advertised at the outset that there would not be one.

Channel 4 will be marking the tenth anniversary of 'The Inbetweeners' with a two-hour special show.

The cast of ‘The Inbetweeners’ have revealed that they’ll be getting back together to mark ten years since the show was first broadcast.

Simon Bird, James Buckley, Blake Harrison and Joe Thomas are set to participate in a two-hour celebration show featuring a selection of previously unseen footage, classic clips and offerings from famous fans of the iconic sitcom, which first arrived back in 2008.

Some of the sitcom’s most memorable moments will also be ranked in an awards segment that features categories such as ‘best ever moment’ and ‘best sex scene’.

Will, Simon, Jay and Neil return for one more flick.

The wait is finally over! The hotly anticipated second movie from The Inbetweeners is upon us, and after only two days in the cinema the response has been very positive from the public and critics alike.

The cast of The Inbetweeners

Will, Simon, Jay and Neil reunite in Australia during Jay's gap year. All of them have broken up with their girlfriends from the end of the last movie except Simon, who's in two minds about dumping Lucy because she's too clingy. We won't reveal anything else to you, except to say that chaos and swearing ensues.

See Photos From 'The Inbetweeners 2' World Premiere In London [Pictures] 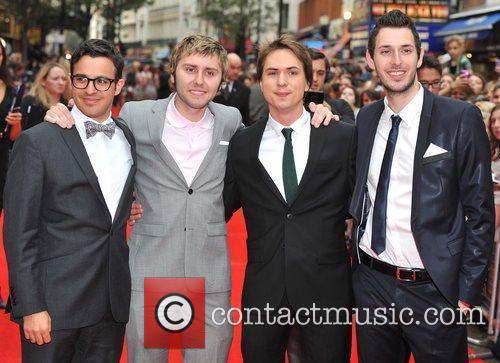 Continue reading: The Inbetweeners Movie Sequel Will Be Set In Australia, But Why?

August 2014 will see the boys back for another adventure

The Inbetweeners holds a unique place in British hearts. It started out as a Channel 4 comedy, featuring the burgeoning talents of four young guys, and was quietly adored by a loyal audience.

Suddenly, the indie-pop scene connections got bigger, the in-jokes got quoted and before you knew it, “bus w***er” and “care friend” were basically phrases. People said them as phrases. It became a phenomenon, and while many considered the apex of the franchise to arrive with the first feature film, they’d be wrong.

A second one is on the way, promising more ridiculous girl-hunting, the bonds of friendship and above all, banter fuel, because you haven’t actually got any real things to talk to your mates about anyway, have you? The news was announced via the film’s Facebook page, which, given the target demographic, is the only real place to put it.

Is 'My Mad Fat Diary' The New Inbetweeners?

My Mad Fat Diary, a new comedy based on the diary entries written by Rae Earl, premiered on E4 on Monday evening (January 14, 2013) to near unanimous praise from critics. It follows the story of a 16-year-old, 16-stone girl, who leaves a psychiatric hospital where she has been treated for four months. She begins looking for love and finds herself hanging out with five 'cool kids', Izzy, Archie, Chloe, Chop and Fim.

The 6-episode series, starring Sharon Rooney, is being talked up as one of the funniest British shows of 2013, with The Guardian's TV critic Sam Wollaston serving up a glittering review. "It's lovely - honest and painful, real and very funny. There's something of Adrian Mole about MMFD, but it's maturer (because Rae is 16, and because she's a she)," he wrote, adding, "There's something of The Inbetweeners about it too, but with lady hormones fuelling the language, the filth, and Rae herself." The Independent's Brian Semple was more concerned with My Mad Fat Diary's positive portrayal of mental illness, writing, "It's rare for a teen TV drama to tackle mental illness, and rarer still that it manages to do so with both sensitivity and a sense of humour... That's why the new E4 series My Mad Fat Diary, which started tonight, marks a genuine highpoint in the way mental illness is represented on screen." The television series is likely to spark conversation in all walks of life, which can only be a good thing.

Police are investigating a series of frightening tweets sent to Emily Atack, the star of popular British sitcom, The Inbetweeners, The Daily Mail reports.

Atack, who plays Charlotte Hinchcliffe in the popular E4 comedy, went to police after twitter user @jeffjon56599388 used the social networking site to send over a barrage of worrying messages to the young star. Currently suspended when you search for the user's name on twitter, The Daily Mail has records of the horrible posts. "Emily its time 4 u to leave this world, ur last hours wnt be pleasant, it will acheive the objective" said one. Another said: 'u sound happy!? im glad!!! visit yr family now...tell them goodbye! it'll be yr last chance to do so!!!!!!' Atack hit back, saying "Everyone report @jeffjon56599388 ^https://twitter.com/[email protected] never read/seen anything so vicious towards me in my whole life." She added: 'Please everyone show these tweets to @bedspolice ! Can't be having that. Next level." Given the history of abusive tweets being dealt with swiftly, and the fact that the locations of users can be determined based on ip addresses, it would appear tremendously unwise to use twitter for such purposes; unwise and unkind.

Atack replied to her abuser, confirming the inclusion of the police in the matter, saying, "Prison for you", telling sympathetic fans that her abuser had "lost the plot" and writing: "Hi all, thanks for your nice tweets! Police are on the case. X" A Bedfordshire Police spokeswoman said: "I can confirm that we received a complaint reporting malicious communications and our investigations are ongoing." We'll have more as it breaks.

The Inbetweeners star Simon Bird has revealed how he almost died whilst filming the Channel 4 sitcom Friday Night Dinner. Simon and his co-star Tom Rosenthal (who plays his brother in the show) apparently like to make their sibling fighting look real… by making sure that it is. The show’s producers had to suspend filming when things got a little out of hand during a strangling scene, though, as Tom got a little exuberant with the strangulation and things got a little too close for comfort for Simon Bird.

“We did hurt each other quite regularly. When I hurt Tom, he would get me back on the next take,” said Simon. “It did escalate. Tom got really into the bit when he is strangling me. There was definitely a moment I thought, ‘This is the end’, I could see the light at the end of the tunnel.” Before you start feeling too sorry for the geeky young actor though, it’s not all been a one-sided infliction of pain, as he explains to The Sun: “While acting, you want to make it look real, so when we gave each other dead arms or tried to strangle each other, we did it properly. We did have to stop filming because Tom has a weak knee and one of his ligaments snapped after I jumped on him.”

He remembered to clarify that it was all scripted violence, though: “I wasn’t just doing these things off my own back.” 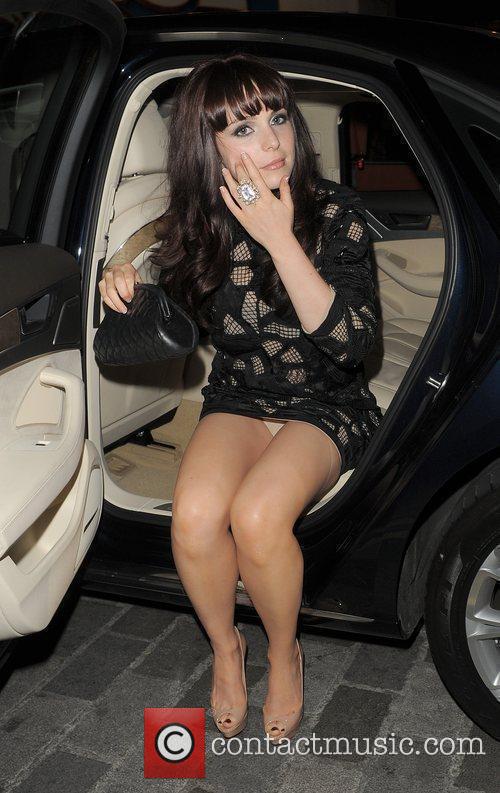