Review of Lex Hives Album by The Hives

Sweden's answer to The Stooges have returned with album number five. Despite an elongated hiatus caused by endless touring and a split from Universal, little has changed in the last five years for The Hives. Howlin' Pelle Almqvist is still front and centre in the smartly dressed quintet, the songs seldom last much beyond 3 minutes and there's still a not unwelcome stench of nostalgia about the finished product. It's reassuring to know that they're consistent, but it's also a record unlikely to register on the radar of anyone but a devoted follower of the band. 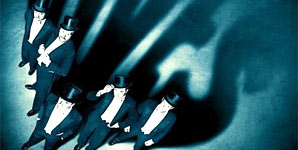 First single 'Go Right Ahead' is a perfect example of Lex Hives strengths and weaknesses. Sounding like the garage rock love child of ELO'S 'Don't Bring Me Down' (Jeff Lynne is actually even given a songwriting credit here) and Placebo's 'For What It's Worth', it's a catchy, loud and frantic slice of glam infused rock. Starting with hand claps and a scream from Almqvist, it morphs into a guitar driven groove backed with a number of saxophones. The repeated chorus gives an air of familiarity but, despite its pretensions of singalong simplicity, the song lacks the rawness and feedback-laden guitars you'd want the band to add to the mix.

Perhaps it's the shambolic garage rock sensibility that Lex Hives is largely missing that takes some of the magic away from the material. '1,000 Answers' tries its best to get the balance right with a piano jangling away in the background before the song descends into a cacophony of guitars. Equally, 'These Spectacles Reveal the Nostalgics' mixes a heady concoction of organs, guitars and fairground lyrics ('Listen up to the latest bands and let it wipe out the past. Get your mind spinning loop de loop, it feels like a monkey jumping through a hoop'). But despite its forward thinking lyrics, the track feels like a pale imitation of the far superior Ramones at the height of their powers in the mid seventies.

Occasionally, things get interesting with the band pushing into different territory (the organ led blues of 'Without The Money' for example), but more often than not, the tracks whizz by in a fun but often forgettable whirlwind. The problem could actually be that there were too many cooks in the kitchen during the making of Lex Hives. Self-producing the album meant the band had to satisfy all their egos during the mixing process; inevitably this seems to have worn away any of the rough edges that would have elevated the tracks.

Lex Hives is by no means a failure; rather a continuation of a familiar formula. For some listeners, it may seem a little old hat but it's a perfectly good slice of loud and fun nostalgic garage rock. It looks and sounds like a Hives record for its slim 25 minute, 12 track run time. Maybe that's exactly what the band wanted, but you can't help but think it's also a missed opportunity to self-produce something a little more ambitious. Just think of Lex Hives as the musical equivalent of Ronseal - it does exactly what it says on the tin. 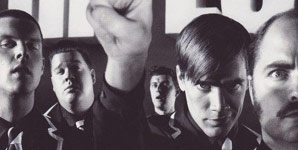