By Sam Bennett in Music Reviews on 09 September 2014

The Herbaliser, comprised of Ollie Teeba and Jake Wherry, have steadily been releasing jazzy, funk inspired hip hop music since 1995, and their output has been as consistent as it is good. This 21 track album is comprised of remixes from their 2012 offering 'There Were Seven', featuring some first class reworkings by 2nd Class Citizen, Colman Brothers, Gigabeatz Bonson and many more, as well as a few instrumentals to boot. There are many twists and turns on this collection of remixes, from cuban influences to dub infused tracks and more trip hoppy feels, but this style variety is something The Herbaliser's music lends itself to so appropriately. 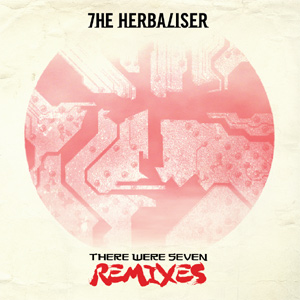 The Gigabeatz Bonson remix of 'The Return Of The Seven' is the first track to blast through the speakers, and the resounding cuts serve as the perfect way to open the album. The piano and flute led track gets a rework from the French producer, who crops up a couple of times on this project. The Soundsci crew are responsible for the fantastic remix of 'Zero Hill'; a bass driven track featuring one of the sickest beats I've heard for a long time. The Canadian based Twin Peaks are a great hip hop duo in their own right, and their vocals on this track are memorable, skilful and confident. Twin Peaks crop up again on 'Crimes & Misdemeanours', the first remix we hear is from Gigabeatz Bonson once again, with a funky joint featuring shrill brass samples and expert cuts, combined with a hypnotic jazzy piano loop. The Lopez remix of this track is a more electronic affair, with a pounding kick drum and tense synthesizers creating a very different, but equally dope version.

The crunchy production of 'March Of The Dead Things', courtesy of Krilla, is incredibly hard hitting, and the half time trip hop drums of the breakdown are also a nice addition. Teenburger, comprised of Ghettosocks (also of Twin Peaks) and Timbuktu, put in a stellar performance here. The energetic vocals sit well over the swelling brass stabs and synth lines. The Hugo Kant version of this track is more guitar driven, and this approach is also an impressive one. The full band sound lends itself to the more funked up style of the track, and it says a lot about Teenburger's ability that their flows work over both production styles with no problem at all.

Continue reading: The Herbaliser - There Were Seven Remixes Album Review

The Herbaliser, The Best Of... Album Review

By Tareck Ghoneim in Music Reviews on 14 June 2010

It seems fitting to receive a 'best of' compilation of tracks from The Herbaliser who's discography and contribution to the UK music scene in 90's was first rate. A great signing for Ninja Tunes that propelled the mix of breaks, jazz and hip hop fusion that The Herbaliser did so well into the main vein of the masses. Events like the The Big Chill and the continuing success of 'trip hop' with bands like Bonobo and even future sounds like Dubstep all have to thank the vision of Ninja Tunes and The Herbaliser for their progressive vision. 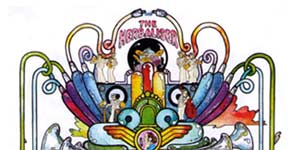 I was a fan of The Herbaliser in the 90's. It sounded really fresh, exciting and innovative at the time. 'Gadget Funk' is a great way to start the compilation of. It's nice to see some major bangers on there, for me anyway, like 'The Blend' featuring Jean Grae is as far as I'm concerned a hip hop fusion classic! There's a whole host of cool featured artists on there like Roots Manuva, MF Doom and DJ Food. I'm pleased to see 'Sensual Women' on this album and it wouldn't be a Herbaliser 'best of' without trademark tunes 'The Missing Suitcase' and 'Something Wicked'.

'The Best Of The Herbaliser' is certainly a nice slice of the work they've done. 'Trip hop' or 'breakbeat' was described as this style of music. The vision of Jake Wherry and Ollie Teeba from London gave the music a style and sophistication that created a cool and UK eclectic sound. It certainly shows innovative production and an insight to experiment. Although a lot of the tracks do sound quite '90's' you couldn't go far wrong with purchasing this compilation for a look into what The Herbaliser did so well.