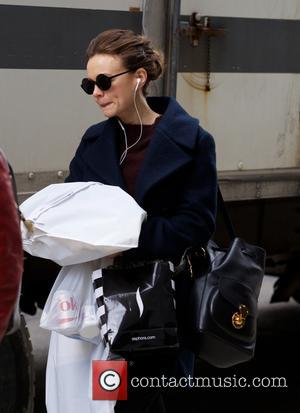 Picture: Snaps of English actress Carey Mulligan as she was out and about carrying some clothes in New York City, New York, United States - Monday...

The Great Gatsby star has taken her West End show to the Big Apple and it opened to rave reviews last week (ends05Apr15).

However, Mulligan reveals her big night was ruined by a nasty onstage accident as she cut her finger during a cooking scene.

She tells the London Evening Standard, "I cut my finger (on opening night)... I sliced my finger on the first onion slice and had to put a plaster on... (I have now) hidden (plasters) all round the set."