The Good The Bad

The Good The Bad Quick Links

The Good The Bad's new single, 023, will be released on February 13th 2012 and is the next single to be taken from their sophomore album, From 018-033, which was released in August 2011 through Stray Cat Records.

By Andrew Lockwood in Music Reviews on 04 November 2010

At 17 tracks, 32mins, 32secs, the likes of David Gilmour would hardly have found the time to pick up a plectrum before most of these numbers have begun and ended. This is short, sharp, intense blasts of SoCal Surf Pop. Inspired to write because he couldn't play covers, and "An intense energy, like sex" Adam, the groups guitarist has taken much of his influence from "The 60's" and "Spaghetti Westerns".

The guitar drum and bass line up of The Good The Bad deliver some blistering tunes at breakneck speed. In the mix along the way you get The Sid Presley Experience, lots of The Shadows, Misirlou by Dick Dale, Golden Nuggets, Telestar and even Coogan's Bluff. You get lots of reverb, fuzz and wah wah in an antique, analogue style. There are TV theme tunes, twisting mini skirts, Batman and Austin Powers. The cover art's pretty................uhmm, groovy too, although I'm not sure whether it'll head up the review. 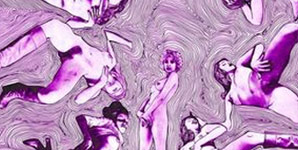 Continue reading: The Good The Bad, From 001 To 017 Album Review

By Andy Peterson in Music Reviews on 27 January 2010 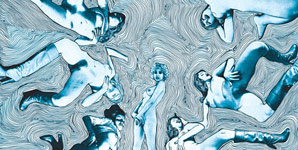 1
The Good The Bad

The Good The Bad Quick Links