The Glitch Mob - We Can Make The World Stop Video

The Glitch Mob's new single, 'We Can Make the World Stop', is the lead song from their new EP of the same name and was released in July 2011 on the band's website. It is their first release since their debut album, 'Drink the Sea', was released in May 2010.

The video for We Can Make the World Stop sees a young man captured and taken to a dusty, dark house, where he is trained to take part in a kung fu fight. The fight sequences go really well with the jarring, heavy beats and it makes you want to get up and move yourself.

The Glitch Mob formed in Los Angeles in 2009 and consists of: Boreta, Ooah and edIT. In 2010 The Glitch Mob played to sold out crowds at Coachella, Lollapalooza and Wireless. They are famed for their unique approach to live shows; instead of using conventional instruments, the three boys use laptops and MIDI controllers to get their distinctive sound.

The band has announced live dates in October throughout Europe; the dates are as follows: 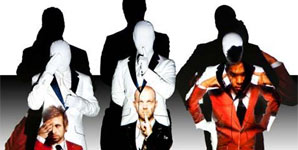 The Glitch Mob - We Can Make The World Stop Video