Rapper The Game Has Been Hit With A Sexual Abuse Lawsuit From A Woman Who Alleges The Rapper Assaulted Her On The Set Of His U.s. Reality Tv Series She's Got Game. 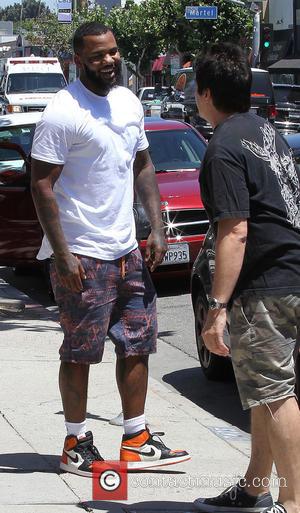 Priscilla Rainey was a contestant on the Dreams hitmaker's upcoming series, which features a group of women vying for his affection, and in documents she has filed in federal court in Illinois, she claims The Game, real name Jayceon Taylor, became "out of control", drunk and under the influence of drugs while filming a scene in a bar in Los Angeles on 22 May (15).

Rainey claims The Game kept "forcefully reaching his hand inside her dress to rub her bare vagina and buttocks."

She is seeking $10 million (£6.2 million) from the rapper, who has yet to respond to the lawsuit.

She's Got Game is slated to premiere in America on Monday (10Aug15).

This isn't the first time the hip-hop start has faced abuse allegations - his ex-fiancee, Tiffney Cambridge, accused him of physically attacking her following an argument, a claim the rapper denied.

The two previously appeared on another reality series, Marrying The Game, but their eight-year relationship fizzled out shortly after the alleged abuse incident.