The Game Preparing To Surrender To Police

Rapper The Game Is Planning To Turn Himself In To Los Angeles Police After A Warrant Was Issued For His Arrest Relating To A Brawl With An Off-duty Police Officer Earlier This Year (15). 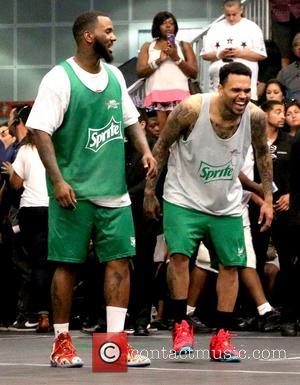 The Dreams hitmaker, real name Jayceon Taylor, stands accused of punching Onyebuchi Awaji in the head after clashing with him on the basketball court at Hollywood High School on 29 March (15).

Cops were called to investigate, but the hip-hop star had left the scene by the time authorities arrived.

Awaji filed a battery report over the incident and earlier this month (Jun15), The Game became a wanted man when authorities officially charged him with a felony count of making criminal threats.

On Saturday (06Jun15), the rapper revealed he is preparing to surrender to police by sharing a photo of himself in a hot tub and captioning it, "relaxing in the sauna (sic) before I turn myself in..... But what you gone do when you get outta jail... I'm gonna have some fun.. 1st (sic)".

The Game, who served time behind bars in 2007 for a felony weapons charge, reportedly denies making the threat. He is also facing a civil lawsuit from Awaji, who claims the alleged assault may have caused him brain damage.