By James Hopkin in Music Reviews on 08 October 2012

The three LPs released by The Fresh & Onlys between 2008 and 2011 saw them labelled as part of San Francisco's garage rock revival scene. However, fourth full album 'Long Slow Dance' sees them move into more mellow, romantic territories. Front man and main songwriter Tim Cohen seems to be leading the band away from the joyous raucous pop of 2010's 'Play It Strange', whether this change in direction will prove to be a success is yet to be seen. 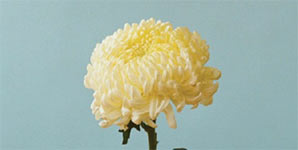 Opening track '20 Days & 20 Nights' provides what is expected of The Fresh & Onlys: a no nonsense dose of west coast indie pop. The combination of acoustic guitars and swaying vocals isn't too dissimilar from the psychedelic folk rock sound of 'Woods'. The final bright chorus leads up to an uncharacteristic, yet pleasant piano solo. Similarly, tracks like 'Executioner's Song' and 'Dream Girls' offer a clear nod to 1960's pop, with the latter being particularly reminiscent of The Byrds. 'Long Slow Dance' seems to churn out many of these catchy tunes which are pleasant enough but doesn't provide anything particularly special.

One clear highlight of the album is the jingly jangly pop of 'Presence Of Mind' which could fit smoothly into the chillwave genre, with the reverb laden vocals and glittering guitars not dissimilar from the likes of 'Wild Nothing' or 'Twin Shadow'. On the other hand, tracks like 'No Regard' and 'Yes Or No' can become too corny and get quite irritating; the unbearably repetitive lyrics of 'When We Lived In The Water/ You Said You Wanted Fire/ And So I Gave You Fire/ You Kicked It In The Water' in 'Yes Or No' are particularly uninspiring.

The Fresh & Onlys - Presence of Mind

The Fresh & Onlys release their video for Presence of Mind, which is off their album Long Slow Dance, out today on Souterrain transmissions. The single is out tomorrow, September 4th 2012.