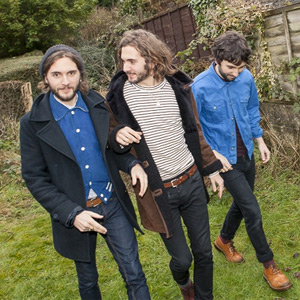 Interview with The Family Rain August 2013

English rockers The Family Rain have made a name for themselves touring with Biffy Clyro and performing at Hyde Park with the Rolling Stones.

The Family Rain, made up of brothers Will, Ollie and Timothy Walter, have the support from record label Mercury Records and acclaimed producer Jim Abbiss in the creation of their debut album due for release early next year.

Will speaks to us about working with family, festival shows and what it was like recording their debut album!

CM: Thanks for taking the time out to do this; we know you're very busy at the moment.
Will: Yeah sure, no problem.

CM: Band mates always refer to one another as brothers, in this case you truly are. What's it like working with family?

Will: We don't know any different really because we've only ever been in bands with each other. We just find it a lot easier, logistically more than anything. We all live in the same house and we've grown up together so everything works efficiently. We can be totally, brutally honest with each other and have arguments - and then within an hour or so be fine back to normal.

CM: When you were growing up was it arranged what instruments you would play in the aim of forming a band?

Will: It happened really naturally! Ollie picked up a guitar at fourteen and all his friends also played guitar; nobody played bass or drums, because they were the boring ones left over. We learnt them so we could all be in a band together and it turned out we all really enjoyed what we picked up on and it all swam into place really nicely really.

CM: In terms of the writing process do you work collaboratively with one another or does somebody dictate individual songs?

Will: It's a really level playing field. We always just start writing songs from rehearsals and jamming sessions where a riff will come out of somewhere or a drum beat will come out of somewhere. It builds up like that. If the other two people don't like it we won't go ahead with it - all three of us have to like it! In that respect, it's a really natural way of doing it and the songs just get written by playing them.

CM: You've said you can be brutally honest with each other, have you ever experienced an idea or song you liked being turned down?
Will: Yeah, millions. If we don't like it or think its s*** then it won't get a look in. We're very self critical as a trio.

CM: I suppose that process ensures only the best songs are made?
Will: Exactly, that's the idea.

CM: You've supported Biffy Clyro and are about to support Miles Kane and Jake Bugg. If you could support any artist, who would it be?
Will: I would have said, up until last month, The Rolling Stones but we ended up supporting them!

CM: What was it like supporting the Rolling Stones? Was it everything you had hoped for?
Will: It was great. We ended up playing quite early so it was just like a normal festival for us but then getting to see them for free and just hang out was amazing! A few of my friends had seen them at Glastonbury and didn't have the most glowing reports but when I watched them I was just blown away - it was definitely the best show I have ever seen and they're like 70-odd, so it was just incredible!

CM: I suppose it was difficult to say what you preferred; watching them or performing?
Will: For me, it was probably. watching them! (Laughs).

CM: Obviously, you're a fairly recent band but would you like to be performing at that age?
Will: It's easy for me to say it now but what you can take away from them is that they wrote good enough songs at an early age to play an hour and a half or two hours of songs and everybody knows every one of them. At their age, it's incredible!

CM: Your music video for 'Reason to Die' is a very unique experience, immersing the viewer in the video. How did the idea form? And could you tell us about it?
Will: We were all running around the idea of having a live video but we didn't really want to do 'another live video' because there have been so many in the past it would just get chucked into the pile of the others. One of the guys at the label, Charlie, said he'd been speaking to these guys for two or three years and they'd been waiting to do an interactive video using this new technology with Go Pro's - The viewer can choose where they can look. We were all over it as soon as we heard it! It sound interesting and if it looks great that's amazing!

We really liked the idea of jumping on it before everyone else did as well - I think it's the first music video to have done it. In that respect we couldn't say no.

CM; I suppose the whole industry is making yourself stand out?
Will: Yeah, exactly. It's getting harder and harder to find something unique which no one has done yet. With more and more music videos coming out we wanted to be different.

CM: Can you explain a bit about the song 'Reason to Die'?

Will: We were listening to a lot of the Notorious B.I.G album which is 'Ready to Die' so we came out with 'Reason to Die'. I just listened to the whole [Ready to Die] album one night in headphones and I just felt really uncomfortable and uneasy. It's quite an intimidating sound and album to listen to. I wanted to translate that into a Rock and Roll sound. It's taking the message of what they do, from a hip hop song and translating it. You're being aggressive but not in a cheesy rock way but a loose, arrogant way.

CM: You've released an EP and supported multiple artists. Is an album on the way?

Will: The album is recorded! It's going to be released early next year because we have a load more touring to do and then we can push it as hard as we can. It's sounding just how we wanted it to and we're really excited about it coming out!

Will: It was amazing. It was definitely the biggest thing that any of us have had to approach! It was a month in Berlin, Germany recording the whole thing. You get into a pattern by the end where you can approach songs quicker, as a team. We had the same group of people in December as we did in March. It gets better and better as it goes along. By the end of it you don't want to stop recording.

CM: What was it like working with acclaimed producer Jim Abbiss?

Will: We were just really, really happy when he agreed to do it. He came down to rehearsal and there was no point him saying, "Yeah, I'll do it" straight away - we had to wait a few days before we heard he wanted to do the album. We were just unbelievably happy! It puts you at ease because you know you're in safer hands and he brought loads of stuff to the table which we would have never thought of in a million years. He has a really interesting approach to recording songs.

CM: We've discussed you supporting artists but what can people expect from a Family Rain live show?
Will: For all the supporting shows, we've been playing a half an hour set so it's almost a run in, run out kind of thing, but at our live shows we like to pace it out a bit more by slowing it down and then bringing it up. We want to put on more of our own show - you feel you can't do that when you have a support slot because you need to know your role; people are there to see somebody else. You can push it when you're doing your own live show. We did a headline run earlier in the year and it's a totally different atmosphere because you know people are there, for you. You get into it more, we love doing it like that.

CM: Do you try to contain the same amount of energy you bring to the larger capacity to shows or do you try to create a more intermit atmosphere?
Will: I think we try and do the same show! We put everything into it whether it's a small club or Brixton Academy. If you don't do that, you're missing a trick.

CM: You recorded the album in Germany and played festivals there, is Germany becoming a base for Family Rain?
Will: Yeah, we've always had a good response every time we've played in Germany and obviously being over there for that period of time makes you feel very easy over there and at home. They like our music, which is amazing.

The first big festival we did over there was Southside Festival and we were on a big stage and there were a load of kids there - there must have been about a thousand kids! To fly over to Germany and to play to all those people - it's one of those 'pinch yourself' moments.

CM: Will you be hoping to bring that same experience to UK festivals?
Will: Reading and Leeds are the ones we're looking forward to the most. In terms of actual music festivals where people go to watch bands, I think those two are the big ones - we just want to do the best show we can!

CM: You're constantly on the move, do you have a place you call home?
Will: We've grown up in the same house since we were kids and we still live in our parent's house because we're barely there! We've been in Bath for maybe a month in total this year so at the moment we're just living in travel lodges.

CM: What's the best piece of advice you could give to up and coming artist?
Will: If you don't enjoy it, it will become evident pretty quick. It's a crazy schedule. We've been flying here, there and everywhere so if you don't love it there's no point in getting into it. You'll get found out if it's not for you.

CM: I guess the advantage of being brothers is you were close prior to the band?
Will: Exactly. I think a lot of people find it weird that you're literally spending the entire time with your band's members and you literally live in each other's pockets! So I think you're right, we couldn't have been closer anyway!

CM: Thanks for speaking with us and we wish you the best of luck with your debut album! 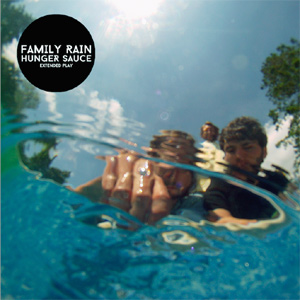