End of the Road 2017 Comedy Literature Line Up

The End Of The Road Festival

End Of The Road Festival has announced its eclectic mix of comedy and literary events for this year’s festival at Larmer Tree Gardens in Dorset. A variety of comedians, writers, artists and performers will be joining the likes of Bill Callahan, Lucinda Williams, Mac De Marco and Father John Misty at the beginning of September.

Topping the comedy bill is the duo Cardinal Burns, who are fresh off the back of an award-winning sketch show on Channel 4 and a raucous monthly residency at Hackney’s Moth Club. Joining them is the Radio 4 and Have I Got News for You regular Nish Kumar, who is known for his sharp satire and politically topical performances, and will be making his End of the Road debut this September. 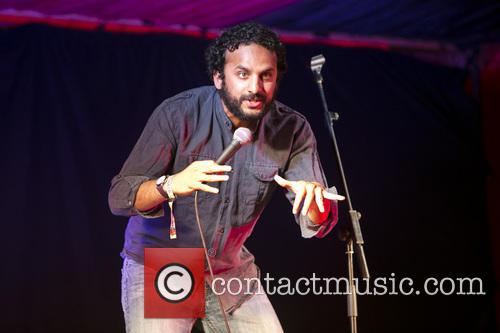 Nish Kumar will perform in the comedy tent

Returning to the festival for a second time, The Adam Buxton Podcast will be hosting a series of off-kilter interviews and rambling chats with a selection of special guests live from the comedy stage.

The literature line-up boasts the likes of the Throbbing Gristle founding member Cosey Fanni Tutti, who will be discussing her autobiography ‘Art Sex Music’, and the Incredible String Band veteran Mike Heron, who will be reading from his recent memoir ‘You Know What You Could Be: Tuning Into The 1960s’.

Also appearing on the Library Stage is the artist Miriam Elia, whose self-published book ‘We Go To The Gallery’ offers a satirical take on the modern art world and has garnered countless imitations after selling thousands of copies worldwide.

End of the Road takes place in Dorset’s Larmer Tree Gardens from the 31st August to the 3rd September 2017. The final tier of tickets is now on sale. Adult weekend tickets are priced at £189.

End of the Road 2017 Comedy Literature Line Up

Third Headliner Announced for End of the Road

Anna Calvi Playing At End Of The Road Festival 2012