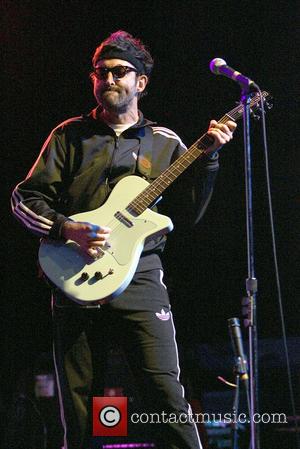 eels frontman Mark Oliver Everett is still pinching himself after sharing a stage with reclusive rock legend Steve Perry at the weekend.

The former Journey vocalist made a return to the spotlight after a 19-year absence from the stage when he joined Eels at their gig in St. Paul, Minnesota on Sunday night (25May14) and performed three tracks, including rock classics Open Arms and Lovin', Touchin', Squeezin'.

Everett, aka E, insists the guest spot was a long time coming - because Perry has been an Eels fan for over a decade.

He tells Stereogum.com, "Steve's the greatest guy... and he started showing up unannounced to our tour rehearsals every year.

"Slowly, over the years, guys in the band would try to bait him by playing a Journey song, hoping he would grab the microphone and start singing, but he never would. One tour rehearsal, probably three or four years ago, it happened, where he surprised us all and grabbed the microphone. And for the first time in 18 years or something, he started singing a Journey song.

"It sent shivers down my spine, and I instantly gained an appreciation for his voice and Journey, something that I never got before. And now when I hear Journey on the radio, I turn it up."

But Everett is still stunned that Perry chose his band's stage in Minnesota on which to make his comeback: "I don't know why he chose St. Paul. Only he could tell you that.

"It was such a beautiful moment. Again, it sent chills down my spine just to be there with him in his element doing what he was made to do. And, as my friend, it felt good to see him feeling so good about that."

Everett admits he has no idea if Perry will join the band again at upcoming shows.