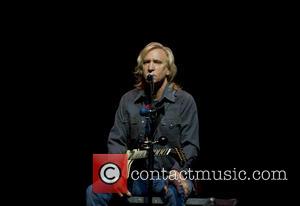 Picture: The Eagles performing live on stage, first of two sold out concerts 'History of the Eagles Tour 2014' held at the Ziggo Dome - Amsterdam,...

The Eagles' current world tour has proved a huge success after raking in more than $145 million (£85.2 million) in just 12 months.

The Hotel California legends hit the road on their History of the Eagles trek last July (13), performing across North America and Europe.

Their manager, Irving Azoff, has now revealed the shows pulled in massive profits as the band played to more than 1.1 million fans around the globe.

A statement from the music mogul reads, "More than a million worldwide fans attending Eagles concerts the past 12 months is a testament to the band's ongoing legacy, stature and songs, that not only stand the test time, but have become anthems for several generations.

"The band is releasing this touring data information so that those who follow the concert industry have accurate year over year perspective and not arbitrarily bifurcate the highly attended summer concert season as some charts do."