The Dukes of Hazzard Ben Jones

Former The Dukes of Hazzard star Ben Jones has slammed a politically correct decision to pull the plug on a CINCINNATI POPS ORCHESTRA classical tribute to the show. A 14 July (07) Ohio concert has been axed after Pops bosses learned officials at the National Association for the Advancement of Colored People (NAACP) were unhappy about the show and the TV programme's supposed links to racism and slavery. After speaking with local NAACP leaders, orchestra bosses released a statement, saying, "We decided that some of the messages conveyed in the programme are not consistent with the efforts of the Pops to reach out to all members of our community." A NAACP explains further, "It's very clear how we feel about the Confederate flag and the long and arduous fight we have conducted to get rid of that symbol of a very unpleasant time in our history." But one-time politician Jones, who played mechanic COOTER on the hit TV show, insists the decision to scrap the show is political correctness gone mad. He says, "This is a benign family show loved by people of all ages and races. I have fought racism and bigotry my whole life and worked in the civil rights movement, and there is nothing racist about it." 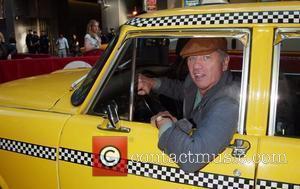