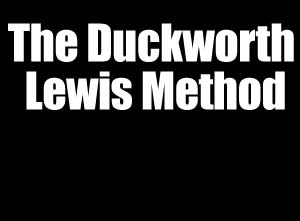 The Duckworth Lewis Method position themselves behind the wicketkeeper for 'Sticky Wickets' next offering; 'Third Man' out August 26th on Divine Comedy Records.

Written and produced by Thomas Walsh (Duckworth) and Neil Hannon (Lewis), this slice of ELO-esque pop, sees the pair joined by third man, and cricket fan, Daniel Radcliffe. The witty ditty starts off with the lines; "Before the captain calls to me/I know where he wants me to be/I dropped the ball to many times/and out of sight is out of mind", summing up a fielder's worst positional nightmare.

It's the latest offering from the band's canny album 'Sticky Wickets' which was also written and produced by Neil and Thomas and recorded and mixed by Guy Massey.

Poised for victory with a winning team including Henry Blofeld, Stephen Fry, David Lloyd and Matt Berry, the record is out now. And following the pair's recent live victories on the eve of the first Ashes test - at Lord's and the Nottingham Playhouse - they will be bringing the album to life on a 9-date September tour. 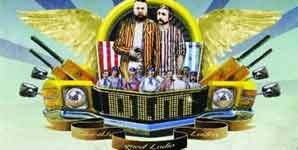 The Duckworth Lewis Method - The Greatest Cricket Album Ever