Review of Doves live at the Engine Shed, Lincoln on 15th December 09. 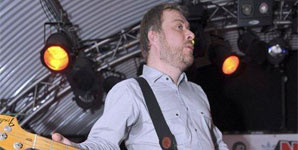 It's a frosty night with the moonlight shining over the Lincoln Cathedral, on this beautiful setting just a couple of roads from here is a music venue known as the Engine Shed. Just a tip for those that don't live in Lincoln and hoping to use the sat nav. Be careful because once you type in the postcode for it, it's sends you no where near the city centre where the venue actually is. Not to worry though as nothing from the gig was missed so no harm done.

On arrival of the Engine Shed, it really is 'exactly what it says on the tin' It's a big shed, and yet the perfect venue for a gig. Tonight is the night when Doves will take centre stage, but not before Delphic entertain as support. Somewhat of a surprise choice as they seem to have a more Dance feel to them, but lets hand it to the Doves for not being to predictable and thinking out of the box. If you were to look at the crowds reaction then you would naturally say that Delphic are out of there depth, but if you just ignored what was going on around you and listened to the shimmering baseline which this band actually produce, then that's where you can see that this band do have something about them. It seems a crying shame that the crowd didn't seem to pay much attention because with tracks like 'Acolyte' and 'The Momentary' blasts out in this perfect venue

Now it is time for the headline act that has already had an amazing year looking to end it on a high with three shows ending with a homecoming at Manchester. Tonight you could say this is the dress rehearsal.

In recent shows The Doves have been kicking their set list with 'Jetstream' but tonight is different, tonight is gearing up for the big one and they kick off with a perfect rendition of 'House Of Mirrors' flowed quickly through into 'Caught By The River' showcasing that the band are equally comfortable with both their new and old material. Sadly it seems that the crowd is somewhat less enthusiastic, and yet the band still carry on with hit after a hit (and with that I'm not saying a no1, just a quality tune). 'Pounding' sounds so immense and then '10:03' gives Jimi Goodwin a chance to bellow his vocals out over the music, which sounds effortless.

Yet there is still nothing from the subdued Lincoln crowd, but that doesn't seem to deter this Manc trio as they finish off their set with a bit of a surprise in the shape of 'The Cedar Room' and after this lack luster reaction from the crowd you wonder if the Jimi and friends are actually going to come back and do the encore?

Luckily for the few fans that really are loving every minute of this, the band do re appear, well actually only Jimi Goodwin only appears and has a bit of banter with the audience and then starts playing a real rear one in the shape of 'Northernden' Although it is predictable on what the band will end on they add a little bit of magic in the shape of 'Here It Comes' This is where drummer comes Lead Singer and Lead Singer becomes drummer. This is absolutely mesmerizing and after that they finish off with.


.yep 'There Goes The Fear' Predictable end but not a predictable night.

The question is why would you pay twenty quid just to stand there and not even applaud the tracks? It doesn't make sense; the band played a faultless set. Some could argue that it was a greatest hits set, but with a back catalogue of what theses guys have, it should be. Even the new tracks sound amazing. Jimi Goodwin stated that it was the bands first gig in Lincoln after the reaction, or lack of it is probably a safe bet that it will be their last. 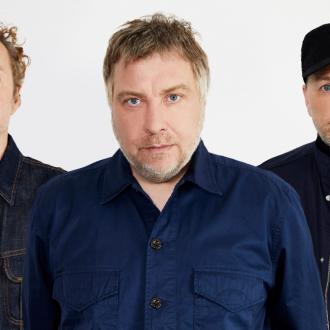 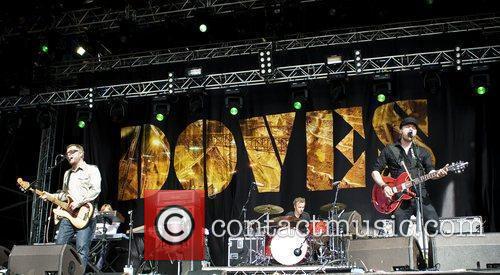