Doves are an English alternative rock band, based in Cheshire. The line-up of the band consists of Jez Williams on guitar, Andy Williams on drums, Jimi Goodwin on bass and vocals and Martin Roman Rebelski on keyboards.

Early History: Andy and Jez Williams met Jimi Goodwin at school in Wilmslow, in Cheshire, when they were 15. At the time, Goodwin was in a band called The Risk, whilst the Williams brothers were in a band with Tim Whitely, another school friend. In 1988, Jez Williams and Tim Whiteley were in a band called Metro Trinity, with Jonny Male, who was later in the band Republica. Metro Trinity released a joint flexi disc with The Inspiral Carpets and played gigs at subsequently legendary venues such as the Boardwalk and The Hacienda in Manchester.

The dance band Sub Sub was formed in 1991 by Jimi Goodwin and the Williams brothers. Sub Sub produced the hit single 'Ain't No Love (Ain't No Use)' in 1993. When the band's studio burnt down in 1995, the members of the band decided to put Sub Sub to bed and instead embarked on a new direction.

Doves formed in 1998, releasing three EPs in their first year.

Commercial Success: Doves' debut album, Lost Souls, was nominated for the Mercury Music Prize in 2000. They did not win the award, which went to their friend and former collaborator, Badly Drawn Boy.

In 2002, The Last Broadcast was released. Their second album went to the top of the UK album charts and was also nominated for the Mercury Music Prize. The lead single from the album, 'There Goes The Fear' reached number three in the singles chart, even though it was removed from sale after just one day.

Lost Sides was released in 2003 - a compilation of B-sides. The band also released Where We're Calling From, a DVD that collated all of their music videos to date as well as the videos played as part of their major tours. The DVD also featured a live performance at the Eden Project in Cornwall.

Doves' third major studio album was named Some Cities and was released in 2005. To record the album, the band travelled to Snowdonia. Despite the rural surroundings, the album retained very urban themes and lyrics. The lead single from Some Cities was 'Black and White Town', which reached number six in the UK singles chart.

In the summer of 1995, Doves opened for U2 at London's Twickenham Stadium, as well as supporting Oasis in Manchester and Coldplay in Bolton.

Doves' fourth album is entitled Kingdom of Rust. The lead single, 'Jetstream' was available for free download, prior to the album's full physical release.

The week's music news rounded up, including a potential headline slot at Worthy Farm for the Spice Girls and Cardi B's split from Offset.

The Spice Girls reunion next summer could be about to get even bigger, with new reports that the band could headline 2019’s Glastonbury Festival.

The reunited group – minus Victoria Beckham – could be set to bring girl power to Worthy Farm in June next year to take one of the two remaining headline slots, after grime megastar Stormzy was confirmed as the first headliner a few weeks back.

The Manchester-based trio have reunited, announcing two shows in 2019 with the possibility of more to come.

Mancunian indie-rock band Doves have revealed a brace of reunion shows for 2019, following a nine-year break from music, including a gig at the Royal Albert Hall for Teenage Cancer Trust as well as teasing the possibility of new music.

The trio, comprising Jimi Goodwin and brothers Jez and Andy Williams, have not performed live since the end of 2010 when they played what they called their “last ever gig” at the Warehouse Project.

That was at the end of their tour for their fourth and most recent album, 2009’s Kingdom of Rust. They also enjoyed two UK no.1 albums in 2002’s The Last Broadcast and 2005’s Some Cities, in addition to 2000’s Mercury-nominated debut Lost Souls. Music boffins will know that their history together stretches back even further to the early Nineties, when the trio made house music and went by the name Sub Sub. 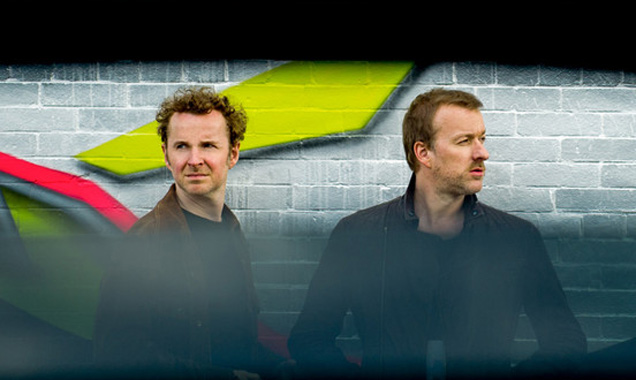 By Mark Moore in Music Reviews on 23 December 2009

Review of Doves live at the Engine Shed, Lincoln on 15th December 09.

By Andrew Sockanathan in Music Reviews on 31 March 2009