The Decemberists - The Hazards Of Love Album Review

Review of The Hazards Of Love Album by The Decemberists

Review of The Decemberists' album 'The Hazards Of Love' released through Rough Trade. 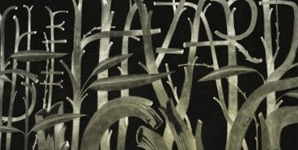 Mentioning the phrase "concept album" in 2009 would normally be met with a vacant stare; certainly for a generation raised on MTV and iTunes, where flipping channels and skipping tracks is all part of the daily routine, the idea of having to digest a whopping seventeen pieces of music clocking it an hour all in one sitting for any of this record to make sense would no doubt cause mass bewilderment followed by a hefty retreat to the safe and easy confines of MySpace or You Tube.

As far as The Decemberists are concerned however, the advent of the 45 is long dead and buried. If 2006's fourth long player 'The Crane Wife' revealed a band whose modus operandum had to be taken seriously, then their latest epic journey 'The Hazards Of Love' is clearly the sound of a band exercising their craft on another level entirely.

Initially intended as a one-off ode to Anne Briggs long-lost EP of the same name from 1966, main singer/songwriter Colin Meloy found himself with a batch of songs all depicting the story of a fictional character named Margaret and her assumed lover, William. Eventually, having created a host of characters and plots to fit in around the central theme, 'The Hazards Of Love' started to take shape as a more obtuse rock opera type production, and with a smidgeon of special guests such as Robyn Hitchcock, Lavender Diamond's Becky Stark, My Morning Jacket's Jim James and My Brightest Diamond's Shara Worden all contributing to the storyline either in a musical or vocally individual character form, The Decemberists' first concept album was born.

Musically, 'The Hazards Of Love' is a delightful concoction of styles and influences so disparate that in principle, it shouldn't really work; yet in practice it really does to grandiose effect. From the Arcade Fire poignancy of 'A Bower Scene' through to the very metal yet equally progressive epic 'The Wanting Comes In Waves/Repaid', 'The Hazards Of Love' is a startling journey through a mythical world that many revered authors would be proud to call their own. The fact that it is accompanied by some of the most audacious musical segments you're likely to hear all year is further testament to the undoubted talent of its creators, and although The Decemberists whimsical, and occasionally disharmonious musings may not be to everyone's liking, there's no disputing that they are possibly the most ambitious musical ensemble inhabiting the planet at this moment in time.

I guess the only thing left to say is make sure you leave yourself plenty of time to get from start to finish, as 'The Hazards Of Love' is worth the effort, and every subsequent hearing adds an extra dimension to what is an already precocious story. 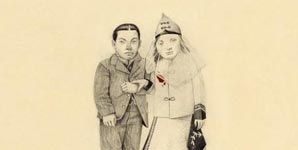 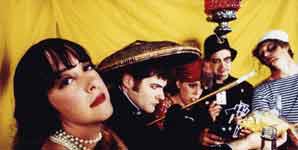