Quote: "I wish I did have faith. I think it would make life much easier. I just have not discovered God in my life. I mean, I don't see him. It's not that I'm closed off to the argument, but I do feel the burden of proof." The Da Vinci Code actor Paul Bettany professes his atheism.

Fact: The highly anticipated follow-up to Dan Brown's hit novel The Da Vinci Code has broken records before its release - it is the publisher's largest ever first print run, with 6.5 million copies set to hit the shelves in September (09). The movie adaptation of the first book, starring Tom Hanks, was a box office smash, grossing more than $758 million (£505 million) worldwide.

Fact: A cathedral in England is auctioning off a selection of props which featured in The Da Vinci Code. Lincoln Cathedral was transformed into Westminster Abbey by film crews on the 2005 hit film and now the wall hanging, paintings and statues seen in the film are to go under the hammer to raise funds for the historical building.

Fact: BATTLESTAR GALACTICA star TRICIA HELFER is in talks to play SUPERGIRL in the latest comic book heroine movie. The script for the film is currently being written by The Da Vinci Code's Akiva Goldsman.

Fact: The Scottish Rosslyn Chapel, which was featured in The Da Vinci Code movie, has received $13.6 million (GBP7 million) in a grant so it can be fully restored.

Fact: Pirates Of The Caribbean: DEAD MAN'S CHEST was the highest-grossing film of 2006 in cinemas in the UK and Ireland, beating Casino Royale, The Da Vinci Code and Ice Age 2: THE MELTDOWN.

Fact: The north-east Indian state of Nagaland is the latest territory to ban The Da Vinci Code movie. The government there ruled the movie is "blasphemous and offensive".

Quote: "This sounds a little 'hucksterish', but people really respond to the movie better the second time than they do the first time." Director Ron Howard continues to defend The Da Vinci Code's poor reviews.

Quote: "I know I've been commercially successful, but I'm not really a guy looking for safe, middle-of-the-road success." Director Ron Howard revels in the controversy surrounding The Da Vinci Code.

Quote: "I don't think there is anything offensive about this film at all. It's a work of fiction, you'll find it in the fiction section in your local bookshop." Paul Bettany is baffled by widespread opposition to his new movie The Da Vinci Code.

Quote: "We corrected a little error that Dan Brown had made - that we don't have identity cards in the UK and if we did, I wouldn't use the title on mine." SIR Ian McKellen on helping get all aspects of The Da Vinci Code correct in the movie adaptation. The British knight plays SIR LEIGH TEABING in the much-anticipated film.

Quote: "Tom Hanks and I were looking at the Mona Lisa at about 2.30 in the morning. It was a rare, rare, amazing moment." Movie-maker Ron Howard on the highlight of making The Da Vinci Code in Paris, France, art Mecca The Louvre, which houses LEONARDO DA VINCI's great masterpiece.

Fact: <p>The Da Vinci Code movie backdrop Winchester Cathedral, England, will start charging non-worshipping visitors $7.20 (GBP4) after it's starring role in the film version of the best-selling novel. The location raised $36,000 (GBP20,000) by allowing film-crews to use it for the Holy Grail thriller by author Dan Brown. </p>

Fact: <p>The Mona Lisa which features in new movie 2006 blockbuster The Da Vinci Code was a replica, used because the real art piece would have been ruined by the high-wattage movie lights. </p> 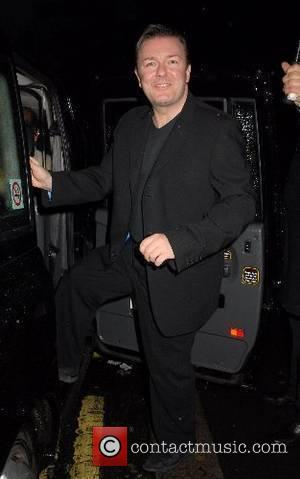