The Cure Announce New Album '4:13 Dream' And Next Set of 'Trilogy' Shows'

The Cure follow recent Albert Hall sell out with announcement of new album and 'Trilogy' tour.

The Cure have announced details of their 14th studio album, entitled ‘4:14 The Scream’, along with their next set of Trilogy shows. The band are currently celebrating selling out two nights at the Royal Albert Hall as part of this year’s Teenaged Cancer Trust charity gigs. 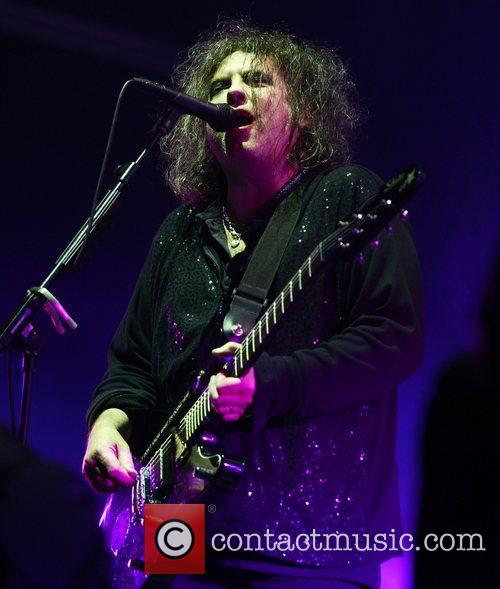 The new album, set to be released some time later this year, was recorded at the same time as 2008’s '4:13 Dream'. Whilst details are vague at this point, it is thought a live concert DVD will also be released in the coming months.

The band will also embark on their next set of ‘Trilogy’ shows at the end of the year, which are set to take place around the world. This will be the third set of ‘Trilogy’ shows for the band. The concept started in 2002 when the band performed albums 'Pornography', 'Disintegration' and 'Bloodflowers' in full. It was followed in 2011 when the group played albums 'Seventeen Seconds', 'Faith' and 'Three Imaginary Boys', which had been released 35 years earlier, in their entirety. This next part of the ‘Trilogy’ shows will reportedly feature three of their popular 1980s albums, 'The Top', 'The Head On The Door' and 'Kiss Me Kiss Me Kiss Me'. 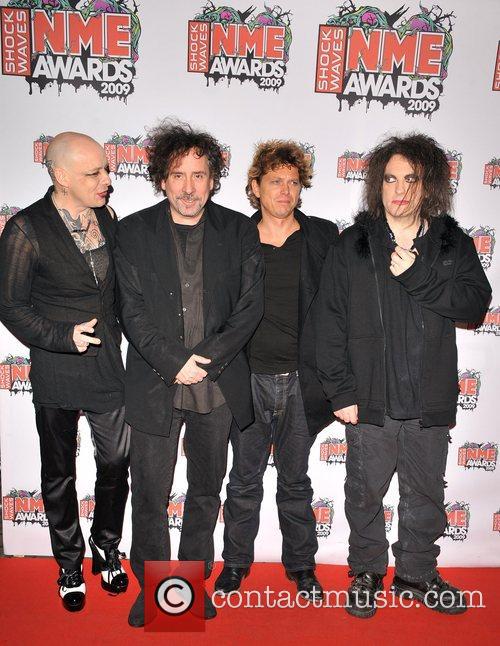 The Cure alongside Tim Burton at the 2009 NME awards, where they recieved the Godlike Genius award

Tickets for the bands Teenage Cancer Trust gigs went on sale on Friday and sold out within hours. They will play two nights at the Royal Albert on March 28th and 29th. Other performers taking part in the annual week of charity concerts are Suede, Ed Sheeran, Paolo Nutini and OneRepublic. There will also be a comedy night featuing Jason Manford,  John Bishop and Micky Flanagan, The Cure’s two concerts will mark only the fifth time that the band have played indoors in the UK in the past decade.