They'll be supported by The Twilight Sad, Goldfrapp and others.

The Cure are set to celebrate 40 years since their debut single with a headline performance at the 2018 Barclaycard Presents British Summer Time Hyde Park in London. The show will mark their only European show of the year, with six support acts already announced. 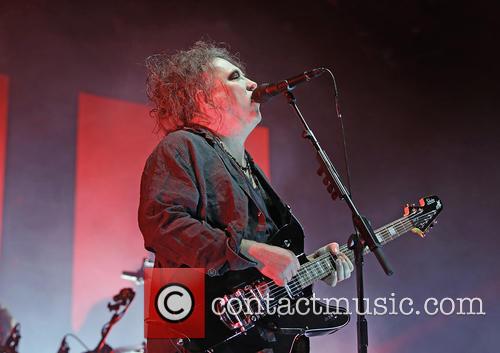 The Cure performing live in Manchester

As part of the two-weekend UK summer event, Robert Smith and company will perform for the 40th anniversary of the release of their 1978 single 'Killing an Arab'. They'll be supported by Interpol, Goldfrapp, Editors, Ride, Slowdive and The Twilight Sad with many more to be announced.

The Twilight Sad have already been on the road with the band for The Cure Tour 2016 in North America and Europe, which included three nights at London's SSE Wembley Arena. That, along with the positive response from their 2014 album 'Nobody Wants to Be Here and Nobody Wants to Leave', convinced them to stay together as a band.

Meanwhile, BST Hyde Park will be The Cure's first European performance in one and a half years since their Wembley shows. So far, the Grammy nominated alternative rock band have no other live performances scheduled for 2018. Earlier this year, the band released their 'Greatest Hits And Acoustic Hits' on vinyl for Record Store Day 2017. The year after next will mark the 40th anniversary of their debut album 'Three Imaginary Boys'.

More headliners to perform over the BST Hyde Park series of dates include Roger Waters bringing his Us + Them Tour to the UK for the first time; Eric Clapton with special guests Steve Winwood, Santana and Gary Clark Jr; Michael Buble for his biggest ever UK show; and Bruno Mars with support from Khalid.

More: The Cure call their new album 'a sore point'