Apple has applied for a patent on a glasses-free 3D technology that produces what it calls a "pseudo-holographic image." As reported by the London Daily Telegraph , the invention works by tracking movements of the eyes and allows the viewer to move around a projected object and observe it from various angles -- "the same experiential viewing effect that is afforded by a hologram." In its report, the Telegraph observed that the patent application "has now raised speculation that the computer giant may be aiming to branch into the 3D domain by looking to abolish the need for glasses and even go further by offering the chance for holographic films." The newspaper quoted technology expert Leander Kahney, author of The Cult of Mac , as saying that initially Apple is likely to enhance its Mac computers with the technology. "At present, Apple seems an unlikely company to get into the 3D TV business, which is struggling," he said, "but if Apple cracks the technology it could help make 3D the dominant display technology." 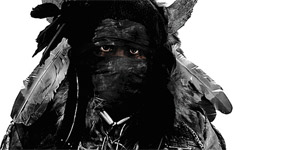