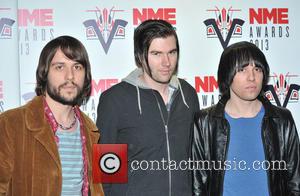 British rockers The Cribs are preparing to serve up a double treat for fans - they are working on two new albums for 2014.

Bassist Gary Jarman reveals the band is busy recording tracks for a pair of projects, which will feature songs for two very different music genres.

He tells NME.com, "I feel like there's two sides to the band - a punk rock side and a poppy side - and we've always tried to balance them. The idea this time is to let them exist separately as different records."

The albums will serve as follow-ups to 2013's Payola: The Demos.