The Cribs Ryan Jarman One Direction

One Direction Are Hoping To Prove Their Rock Credentials By Collaborating With British Indie Band The Cribs. 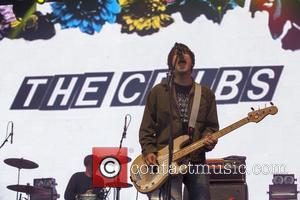 The What Makes You Beautiful hitmakers want to boost their image and hope a tie-in with the band, which previously featured The Smiths guitarist Johnny Marr as a member, will show off their harder edge.

The Cribs singer Ryan Jarman tells Britain's Daily Star newspaper, "One Direction are big Cribs fans and we got asked to do a writing session with them in Los Angeles. We would've done it but we couldn't make it work on the schedule. We were doing something else and they were on tour on the west coast.

"There were still intentions to do it and I'd like to do it one day. It's kind of subversive, the idea that one of the world's biggest pop bands would do something with us even behind the scenes."

Jarman's twin brother Gary, who plays bass in the band, adds, "Some things are too delicious to ignore and we thrive on that sort of thing."