Review of Mans Needs Single by The Cribs 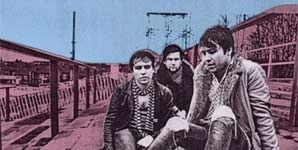 Comparing stuff to The Strokes seems a bit tiresome considering how many times its been done this century, but this song really does sound like The Strokes, albeit with a charming Yorkshire twang.

The guitar riff in particular is straight from the Albert Hammond Jr book of how to write a catchy lick that will get Converse making shapes on indie dancefloors worldwide. The vocals however, which switch from Ryan Jarman to brother Gary in the chorus, have all the usual idiosyncrasies. There's the barely bothered bark from Ryan, and then a wild Wakefield wail from Gary, that seems even more angst ridden than usual, possibly down to subject matter even more close to the bone than previous songs.

It's the first Single from The Cribs' third album, Men's Needs, Woman's Needs, Whatever, which completes a hatrick of pissed-up pop classics. Another fine effort from Wakey's finest. Can they do no wrong?