By Andy Peterson in Music Reviews on 20 September 2016

A few months ago we took a trip out of Contact Towers to the big city (Which to us is Leeds, by the way), the purpose of which being to take in The Chills playing at the rather swish Belgrave Music Hall.  Touring Silver Bullets, their first album of new material in nearly twenty years, the quintet - including the splendidly deranged sticksman Todd Knudson - arrived on stage to be confronted by an audience of no more than fourty, hard going for a band who'd played Primavera the previous Saturday evening.

And yet in a strange way the course of events was almost fitting. The Chills after all spent decades snatching defeat from the jaws of musical victory, passing on the opportunity of global recognition after their 1990 album Submarine Bells and it's soulful masterpiece of single Heavenly Pop Hit, a career dogged by personal tragedies, break ups, illness and other less savoury, career blunting enervations. Not that any artist deserves to have little recognition for their work (Ok, we can think of a few), but the veterans from the New Zealand town of Dunedin - of which they were the centrepiece of a movement known as the Dunedin Sound - have successfully negotiated so many rights of passage to date that this was nothing a word in the promoter's ear later couldn't get them over.

Kaleidoscope World reveals a band less sophisticated than the one which turned Submarine Bells into an almost hit, less orientated around the environmental crisis which even nearly thirty years ago was upon the planet, instead it's demons are more personal in nature . Originally released as an eight track compilation in early 1986, it seems to grow in scope each time it's revisited, the song roster now boasting three times that number, the latest additions secreted from the band's copious Smorgasbord of EP's, out-takes and found recordings.

By Andy Peterson in Music Reviews on 16 November 2015 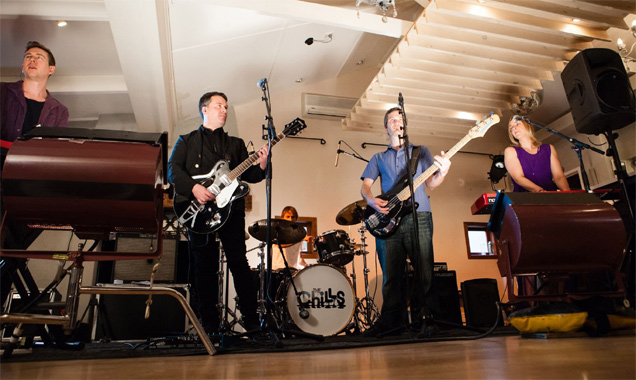 When you consider the precedents to The Chills' 2014 European tour it is something close to a miracle that it actually happened. From numerous disintegrations through to issues with substance abuse and a range of roadblocks and that had hampered prior attempts to return to northerly climes, the smart money might have been on them facing further adversity in the face of triumph.

For a band that has gone through as many break-ups, reformations and line-up changes as The Chills, their current existence is surprisingly democratic. An interview scheduled with vocalist and song-writer Martin Phillips, the spearhead of the band and the only member remaining from their formation in 1980, is taken with 4/5ths of the line-up that has, for all Martin's reputation for chopping and changing, been a constant for over half of the band's entire timeline.

In respect of that democracy, all answers here (unless indicated otherwise) are attributed to The Chills as the collective as it currently stands: Todd Knudson, Erica Scally, Martin Dickson, Martin Phillips and Oli Wilson - the latter of whom was not present for the interview - as ContactMusic caught up with them prior to their set at Indietracks Festival.

By Andy Peterson in Music Reviews on 12 December 2013

You may not be that familiar with The Chills if you were born after the final episode of 'The Word', so in an attempt to add some context, here goes. Formed in 1980 in Dunedin, New Zealand by singer/songwriter Martin Phillips, they were once on the roster of seminal Kiwi label Flying Nun before, having finally signed to a major, they released their highest profile album 'Submarine Bells' in 1992. Those of you born before Terry Christian got briefly famous may remember the album's precursory release 'Heavenly Pop Hit', a record whose title was probably meant as tongue in cheek but which dragged Phillips & co. to the verge of worldwide profile. A year later, they split up. 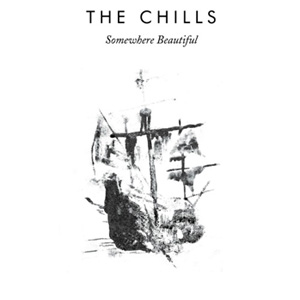 Success in the music world is frequently a cautionary tale and The Chills ever-rotating roster of personnel - a bit like a southern hemisphere version of The Fall - meant that the band were never an enterprise really built for churning out the number ones. As if to underline the fragile nature of their existence, a 1995 reformation has so far produced one album since; the following year's 'Sunburnt'; and a few sundry snippets of conversation around new directions. In short, Philips and whoever he's been buying drinks for since have largely been hermits.

Your update as of mid-2013, it was announced that 'Somewhere Beautiful' was due to be released as part of a distribution deal with Fire Records - itself something of a heritage label here. A live album recorded at a private party on New Year's Eve 2011, the premise is reassuringly askew, as is the quality of the recording which appears to have been done on equipment made at around the time 'Sunburnt' was released. 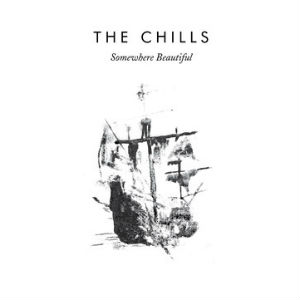