The Cast Of Cheers

The Cast Of Cheers Quick Links

The Cast Of Cheers - Human Elevator

Dublin electronic rockers The Cast Of Cheers unveil the video for their new single 'Human Elevator' in the wake of the release of their latest album 'Family' which hit shelves on July 23rd 2012 on Rough Trade records.

By Alister Roberts in Music Reviews on 21 August 2012

Family is awfully-named Irish quartet The Cast Of Cheers' first proper album. See past the name, though, and fine purveyors of catchy, well-produced, semi-math rock they are; a little tendency towards being a Foals clone, but that needn't be a criticism.

The scalic guitar entrance to 'Family' brings to mind Rodrigo y Gabriela, though this is proven a clear false whiff of comparison once vocals, pounding bass and drums enter, except perhaps in technicality. The opening track to this album continues to hammer forward with a Foals-esque pounding indie vibe underpinned by angular yet intricate interlocking guitar riffery. In this track, as in following track 'Poc' Mit' and the remains of Family, the overlapping, interweaving guitar lines, thudding bass line and pushing drum beat sound a sharp math-rock construction. It's a confident and infectious dance floor worthy blend that gradually gathers pace and increases in intricacy with its multiple guitar lines.

'Human Elevator' opens with a swaggering shuffle rhythm and kicks into a catchy synth-backed pop chorus blending shuffle blues with electro pop, meanwhile 'Animals' sounds a chugging 6/8 rhythm intercepted by an angular, choppy rhythmic interruption in 4/4. The Cast Of Cheers play with time signatures/feels but not over complicatedly so; the changes seem to have a place in the song rather than being obscurely technical for mere self indulgent geekery. With high-pitched synth and backing vocals doubling the vocal melody, 'Palace & Run' sounds a blend akin to Flaming Lips. A more spacious song, the track opens with echoing synths and strummed guitar before similarly calmer bass and drums enter. There are some rhythmic guitar suggestions in the background but nothing too intrusive and not as dominantly as in previous tracks, even as 'Palace & Run' builds to its echoing chorus.

After the success of their last single; 'Family,' Cast Of Cheers have brought out the video for their latest single, 'Animals.' The Irish quartet has already gained an admirable amount of support for the past two singles and the new video should only further escalate their growing support. In the video the band very literally take us behind the scenes of television and video recording in this cleverly done music video.

Continue: The Cast Of Cheers - Animals

The Cast of Cheers' debut single, Family, will be released on February 20th, 2012, on School Boy Error/ Co-operative Music. The band are set to embark on a three month tour with Theme Park, starting on January 26th, 2012.

Continue: The Cast Of Cheers - Family

1
The Cast Of Cheers

The Cast Of Cheers Quick Links 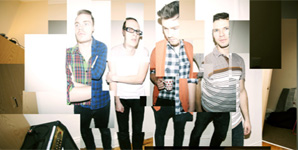 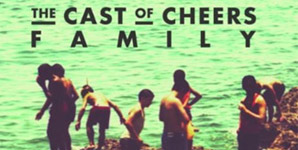