The Big Pink will release their long-awaited follow-up to 2012's 'Future This' on September 30. The Big Pink have unveiled their long-awaited third studio album, 'The Love That's Ours', and shared the new single 'Rage'.

The indie shoegaze legends returned with their first new music in a decade earlier this year, in the form of singles 'No Angels' and 'Love Spins On Its Axis'.

The tracks are taken from their upcoming follow-up to 2012's 'Future This', which is set for release on September 30.

Frontman Robbie Furze - who reunited with original Big Pink drummer Akiko Matsuura and is joined by visual artist Charlie Barker on bass - admitted it had been both a "frightening and beautiful" journey making the record and he's amazed they even got to this point.

He said in a statement: "Somehow we got here! Our record is about to be released. Thank f*** for that! Getting to this point has been one of the craziest journeys in my life. I truly thought this day would never come. I got so lost, so confused, went down so many rabbit holes, at times running completely blind, so much so that I nearly lost everything that was ever important to me, everything I ever truly loved. This record symbolises so much, it's my flag on top of the summit. It shows that I finally understand what is truly important. This is the soundtrack of my journey to get here. It was frightening, but beautiful at the same time, full of fun, but hand-in-hand full of terror and sadness. The outcome is that I'm incredibly proud of this work that came out of all of it. I think these may be the best songs that I've ever written, they're certainly the most honest. I would love to thank everyone who was involved in this record because without them we would have never got to this point and maybe I would have not been here at all. Thank you. Rx."

The 44-year-old musician previously revealed how Wolf Alice's Joel Amey inspired him to get the band back together when they toured together in 2018.

Robbie recalled: “We did some stuff with Wolf Alice when they came out to LA.

“I’m mates with Joel the drummer, and he asked us to go on tour with them. I’d been doing a few little demos of new stuff, but we agreed to do a set of the old stuff. We did a US tour with them in 2018 and that’s when I realised that this was my calling and I had to get back on stage – this is really what I wanted to do.

“I didn’t want to mess around with anything else. It was time to do The Big Pink again.”

The band - best known for 2009 classic 'Dominos' - teased a return to their early sound, but also promised a few "curveballs".

Robbie teased: “The idea was to make a record that was true to what The Big Pink stand for and where we started from.

There’s a lot of the signature Big Pink sound as well as some curveballs like piano ballads on the record. There are a few songs that are going to different areas, but as a whole I just wanted to cement our sound.

“The first record, ‘A Brief History Of Love’, was such a moment for me. Like everyone’s first record, it was such an honest reaction to music and how we were feeling at that time. It’s difficult to do your second record and re-approach that honesty. I listen back to that first record sometimes and I can’t believe how confident it is. I don’t hate the second record, but it doesn’t have the same love that I have for the first.”

The track-listing for 'The Love That's Ours' is: 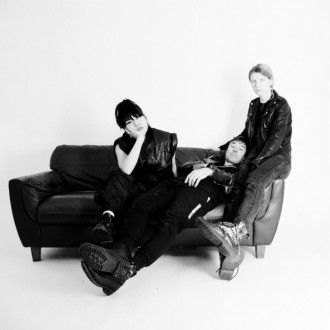 The Big Pink set their sights on Glastonbury 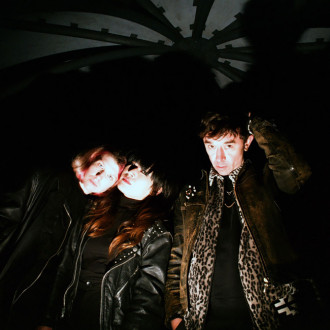