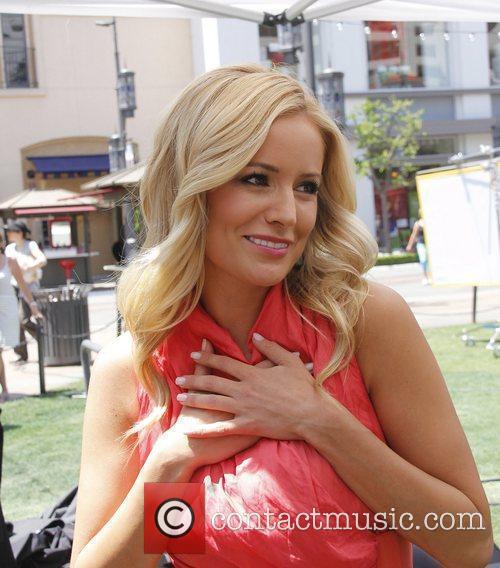 The ceremony may have taken a long time to plan but it was certainly a laid back affair. Maynard wore cowboy boots underneath a pale pink Modern Trousseau gown. The ceremony took place outside with lanterns lighting the way to the make shift altar where Johnson waited for his bride under an oak tree.  Maynard's eight-year-old daughter, Ricki, acted as her mother's maid of honour.

The couple didn't meet on a reality show but instead at church! Speaking to People, Maynard said "God brought us together. He's given me such peace about everything. I'm so grateful I met him." The couple met a number of years ago and began dating early last year. Maynard is pleased she did not meet Johnson on the show as she is "embarrassed" by her stint on The Bachelorette and her televised engagements.