Sean Lowe and Catherine Giudici who met on 'the bachelor' are spending the days before their wedding in the Four Seasons Resort in Santa Barbara. The couple are most definitely enjoying each other's company and are constantly keeping their fans updated by posting pictures on social media.

Sean Lowe and Catherine Giudici, former stars of reality show the bachelor have anxiously waiting to tie the knot on Sunday 26th January. 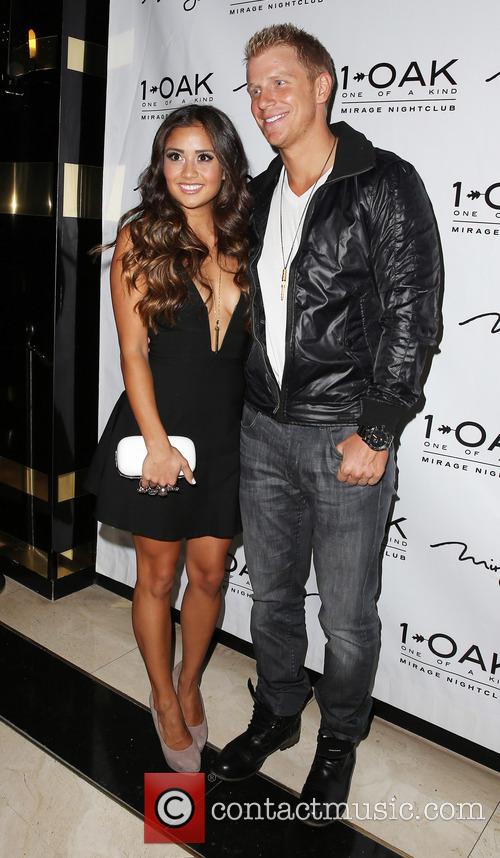 Catherine Giudici and Sean Lowe of The Bachelor will marry on Sunday 26th January.

The couple met on 17th season of 'The Bachelor' and are one of the few couples formed on the show to reach the aisle together. This is no ordinary wedding as, in honour of the way they met, the couple have agreed to have the whole ceremony televised on ABC.

27-year-old Giudici and 29-year-old Lowe announced their plans on Good Morning America last October. Lowe explained why they had decided to have a usually so intimate ceremony televised. He told the GMA presenters: "The Bachelor is such a cool experience because people at home feel like they know us and they're invested in our relationship. We have no problem sharing the actual wedding with everyone who has been with us so far."

The couple are currently enjoying a weekend at the Four Seasons Resort in Santa Barbara, where they will marry on Sunday. They have been sharing details of their weekend together via Instagram. A number of pictures show the couple enjoying the resort's food and preparing for their big day by relaxing together by the pool.

Both the couple's social media is filled with pictures of the couple enjoying each other's company, such as the picture Lowe posted earlier today of his bride-to-be avoiding the camera:

Both, for a number of months, have been counting down on social media the days and weeks until their nuptials. A fortnight ago, Giudici posted on Instagram a picture of the two walking in their wedding garments accompanied by their two dogs. Text added to the imaged read "Catherine and Sean. 26th January 2014. 11 days to go." Giudici included the caption "I have 11 days to be that annoying bride. Deal with it, I'm excited."

Few details of their wedding plans have been revealed. But fans of the happy couple do not have long to wait as the wedding will be on ABC on Sunday 26th January.

Giudici remember the couple's first date which was also a televised affair: