The 32 year-old reality TV star is trying to change the public's opinion about him now 'the bachelor' is over: "It's hard because [viewers] saw a character on TV. 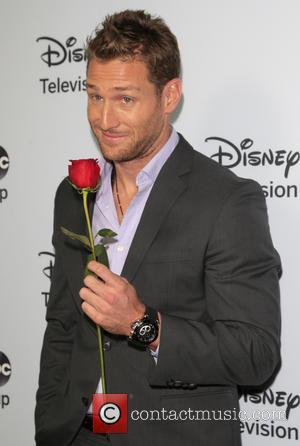 'the bachelor' star Juan Pablo Galavis is quickly becoming remembered for all the wrong reasons!

The 32 year-old has said that he is not a "bad guy," after he gave the final rose to Nikki Ferrell, but did not propose.

"You go on thinking if there is the connection, you propose," he told People. "But I don't feel there's a need to propose to somebody if I don't feel 100%. I didn't know Nikki. I want to know more, a lot more."

The 27 year-old winner, Ferrell, is sticking by her new man's decision, but she did think that she would have ended the show with a ring on her finger.

"Had he gotten down on one knee, I absolutely would have said yes. But having a ring on my finger wouldn't stop us from breaking up," she told the magazine. "What's going to keep us together is having a real relationship. I'd rather have him propose when he feels it's right."

Galavis, who was a former Venezuelan professional soccer player, hasn't been shed in a good light during his time on the show.

While being asked about his thoughts on HBO featuring a gay bachelor, Galavis said, "I don't think it is a good example for kids to watch that on TV," he said. "Obviously people have their husband and wife and kids and that is how we are brought up."

He added, although he "respects" gay couples who wants to have children and "you have to respect everybody's desires and way of living," he feels "it would be too hard for TV."

These homophobic slurs were met with outrage from viewers and contestants alike.

But now the show is over, Juan is trying to change the public's opinions about him, he further told People, "It's hard because [viewers] saw a character on TV. A lot of things about me were not shown. I'm not a bad guy. People who know me, know who I am."

For now the new couple are taking it day by day, and the father of 5-year-old daughter Camila, signed off with, "It's our start now. We can get to know each other fully. We're not in a rush."