Gia Allemand, a former contestant on 'the bachelor', has died today (14th August) after losing critical brain and organ function. It seems the 29-year-old attempted to commit suicide and was hospitalised as a result.

Gia Allemand at the Melanie Segal Celebrity Retreat in honour of the 2010 MTV Music Awards, held at the SLS Hotel in L.A.

It is believed Allemand was admitted to hospital following a suicide attempt. Some reports have speculated on the reasons for her decision to take her own life, however, this writer does not feel it is appropriate at this time.

Allemand was taken off life support earlier today at New Orleans University Hospital. She later "passed away peacefully with her mother, boyfriend, and other life-long friends by her side." Her representative, in a statement on behalf of Allemand's family, went on to comment on her religious beliefs: "as a practicing Christian, Gia did receive the sacrament of last rites."

The statement continued by saying "loved ones and fans will remember Gia Allemand as a caring woman who loved her family and was well-known for her compassion towards animals and mission to rescue homeless pets."

Meanwhile her friend Melinda Farina and The Bachelor star Jake Pavelka, via Twitter, described Allemand as the "sweetest woman", "incredible" and "beautiful". Pavelka tweeted at hearing the news saying Allemand was "a very dear friend. My heart goes out to her family during this very difficult time. We have lost an angel today. I miss you Gia."

And a very dear friend. My heart goes out to her family during this very difficult time. We have lost angel today. I miss you Gia... ??

Allemand was best known for starring in season 14 of The Bachelor and a number of spin off shows. She was also a model who appeared in Maxim. She was born in Queens, New York on December 20th 1983. Her modelling career began at an early age but her career was launched when she 19, appearing and winning numerous competitions. In 2010 she came to the attention of the public when she appeared on The Bachelor, competing for the affections of Pavelka.

Her representative, speaking in the statement, said "funeral arrangements will be forthcoming in another official statement once available." The family have also requested "privacy at this time."

Contactmusic send their condolences to Gia Allemand's family and friends.

Gia Allemand at the Melanie Segal Celebrity Retreat in honour of the 2010 MTV Music Awards, held at the SLS Hotel in L.A. 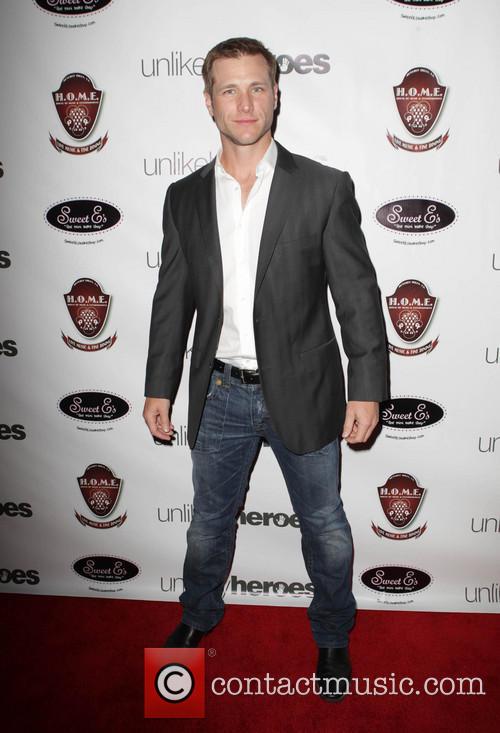 Jake Pavelka at a charity function benefitting Unlikely Heroes in Beverly Hills, in 2013.