If there's one thing to be said about Colorado music, it's that the locals unreservedly adore it. 'The crowds are just so responsive', says Odd Future's Tyler The Creator, who wishes his own hometown in California could be more that way. 'They let all their coolness go and just have fun. That's what sucks about LA and other places; people are too cool to have a good time at shows.'

Watch the Budweiser Made in America documentary for Denver:

Maybe this lack of inhibition is what fills the Denver music fans with the desire to get involved; as Jay Blanghi, the owner of gig venue Quixote's True Blue, explained, despite the genre diversity there have always been a lot of 'jam bands' around. Robert Schneider from The Apples In Stereo (and later Elephant 6) admits that his own experiences with rock music in Denver led him to want to join in the fun. 'There was a band called The Fluid; The Fluid were amazing, their songs were catchy, they were so raucous... I just loved them', he gushes. 'The Fluid were probably immediately responsible for us starting The Apples and, along with our other friends, we formed Elephant 6.' As proof of their stubbornly independent style, The Apples co-signed to Elijah Wood's independent label Simian Records alongside the very different Heloise and the Savoir Faire. The Apples In Stereo started jamming after listening to The Fluid

There is so much quirkiness in the Colorado sound, the collective enthusiasm for making music coming out in different experimental projects everywhere you look. Take DeVotchKa, for example; they're a multi-instrumental band you'd find hard to pigeonhole. Playing everything from the theremin to the accordian, it's no wonder this band have become a cult favourite and was even selected to score the acclaimed comedy 'Little Miss Sunshine'. Indie band Tennis are another who like to mix things up a bit, having been founded by two people with very different musical visions. They are already releasing their third studio album 'Ritual In Repeat' in September, despite having only formed four years ago. However, it seems that despite the diversity, Denver does have a favourite style of music. 'Electronic music/bass music is very big out here', DJ duo Two Fresh explain. 'There's at least two or three good shows a week that you'd want to go and see.' Big Gigantic from nearby Boulder, Colorado says their own interest in making electronic music started with Fort Collins native Pretty Lights, who inspired them with his various gigs around the State. Unfortunately, as of yet it doesn't seem that Denver has made it's mark on the Budweiser Made in America line-up this year, but there's still a lot to look forward to. LA sees Imagine Dragons and John Mayer headlining, with Steve Aoki, Juanes, Afrojack and Kendrick Lamar as support. Also up there are Chicago punk rockers Rise Against, trilby loving Pennsylvanian ZZ Ward, Rita Ora, Chance the Rapper and Californian hip hop collective Cypress Hill. Over in Philadelphia, Kanye West and Kings Of Leon are topping the bill, just above Tiesto, The National and Pharrell Williams. Synthpop New Yorkers Holy Ghost!, Jack Antonoff side project Bleachers, electronic rock band Awolnation and California's The Neighbourhood will also make appearances. 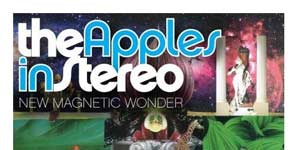