Review of The Antlers live at Heaven, London on 12th May 2011

Breaking up the structure of "Hospice", the (very) highly acclaimed full-length that brought Brooklyn, New York's 'The Antlers' a perhaps unexpected wave of adoration, must be as hard as the break-up that inspired it. Their show at London's Heaven venue is the first to incorporate tracks from both "Hospice" and the yet to be released "Burst Apart", and only the third time that any tracks from the long-awaited follow up to their breakthrough album have been given an airing. So you could forgive the band a certain amount of nerves in the face of a sold-out audience who know every word, in order, to the highly emotional concept album that even the band refer to as their debÃºt. 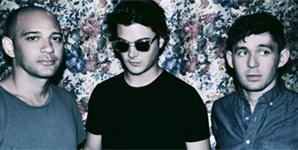 You could also forgive support act Braids for nerves, whose appearance marks their first European show. Vocalist/guitarist Raphaelle Standell-Preston admits a feeling of stage fright after their set, but this is certainly not present during it. Drawing mainly from 2011's "Native Speaker" they produce a hypnotic blend of glittering guitars and electronics which bubble over occasional bursts of tribal percussion and bewitching vocals. Their distant yet familiar sound uses a similar approach of organic growth through repetition as A Sunny Day In Glasgow or latter-day Animal Collective and has the same triumphant delivery as city-mates Broken Social Scene, and though occasionally straying the band never get lost in the density of their music.

Live, they sound much more vibrant and alive than on record. As do The Antlers, but this is not always for the best. In a bid to construct a show which allows the band to dabble from both the insular, retreating "Hospice" and the louder and more confident "Burst Apart'"some of the magic of the former is lost, particular on tracks such as "Wake", where the hair-raising schematics of its nine-minute efflorescence are hampered by histrionics and "Kettering", which loses its power with its added velocity.

However for the main part their set is a representation of the soaring ambitious sound. 'Bear', the track that holds the most weight outside of the considered confines of "Hospice", makes an unbridled singalong out of a cancer analogy, with vocalist Peter Silberman howling with the abandon of Jeff Mangum over a landscape to which an easy comparison could be made to The Arcade Fire, but which is much more direct and free of over-saturation.

The choices from "Burst Apart" show the bands progression and gained confidence, particularly in the vocal delivery of Rolled Together, where Peter puts on his best Jim Jones impression and transports My Morning Jacket's windswept Americana from sun-bleached farmland into a stargazers bedroom. Elsewhere, 'No Widows' bears an eerie similarity to Incubus's 'The

Warmth', something which you'd expect is unintentional. It is a fantastic example of the bands ability to be restrained and expansive at the same time, and to tug on heart strings whilst delivering a considerable amount of bombast, and unlike the subtle genius of parts of "Hospice" it is all the more powerful live.

So whilst The Antlers may yet find a more effective way of combining their two strongest works (to date) they have already shown that "Hospice" was no fluke, and they continue to deserve the admiration they are adorned with. 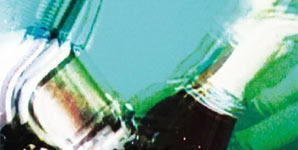 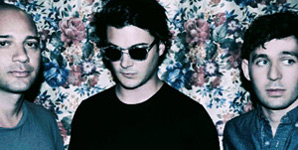 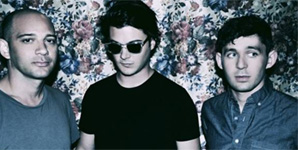