Tributes pour in as the 'Midnight Rider' shoot is halted.

Production has been suspended on the set of the Greg Allman biopic, Midnight Rider, after a member of the film crew was fatally injured by a train. Second camera assistant Sarah Jones was killed on the first day of production last Thursday when filming a scene on a railway trestle, or bridge, in Georgia. 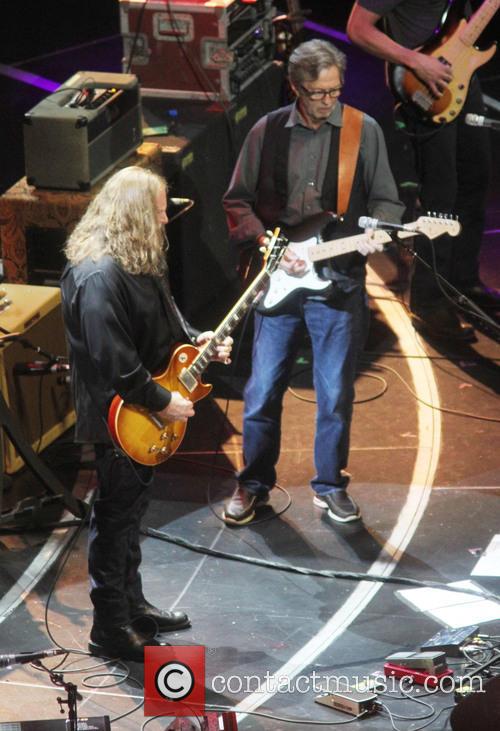 A Biopic Based On Greg Allman's Memoir Has Been Shut Down After The Tragic Death Of A Crew Member.

The movie is to focus on the life of Greg Allman, the celebrated guitarist and founding member of the American blues-rock group, The Allman Brothers, with William Hurt set to play Allman. The accident occurred when shooting on the bridge with an oncoming train approaching and a hospital bed on the tracks.

The crew tried to remove the hospital bed in time but failed to do so, resulting in crew members being hit with debris. Jones was fatally struck by the flying debris and fell into the path of the train. "In light of the tragic loss, we have decided to put the production of Midnight Rider on hold," said representatives for the production company in a statement, via Variety.

As Jones' funeral was attended by hundreds in Columbia yesterday, a dispute was brewing regarding whether the crew had permission to film on the trestle, which is used by between nine and fourteen trains every day, and whether the correct safety procedures were followed. Cast and crew have reportedly been told that work is over for now but they may be called back.

"According to [a] CSX employee, the production company had previously been denied permission to film on the [railroad], and there was electronic correspondence to verify that fact," Variety reports. Cameras were capturing at the time of the incident and have been impounded as evidence. William Hurt Is To Play The Blues Singer-Songwriter If & When Filming Resumes.

Since the tragedy, a Facebook tribute page 'Slates For Sarah' has attracted posts from industry professionals and film fans from all across the world paying their respects. Make-up artists, electricians, camera crews and cast members from all kinds of productions have contributed photos and messages to honour Jones.

"To all of Sarah´s fellow crew members, and the train engineers, who were on set that sad day, our hearts and prayers are with you as well ... as we all remember Sarah Elizabeth Jones in memorium and celebration today. [sic]" reads one of the page's posts.

A memorial gathering is due to take place on Sunday in Atlanta.