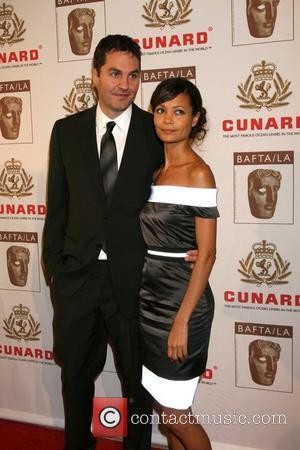 Actress Thandie Newton is still upset CRASH director Paul Haggis wasn't straight with her about the film's controversial "hand rape" scene - because she'd have portrayed her character differently if she'd have known. The pretty Brit's character is violated by Matt Dillon's cop in the gritty Oscar-winning film, and she admits she was perhaps a little naive to shoot the controversial scene without knowing exactly what Haggis wanted in advance. She tells Giant magazine, "When I read the script, that scene... was really sparcely written... I'm sure this is because otherwise they wouldn't have gotten funding: 'He puts his hands inside her skirt.' I thought it was more like, 'He suggests what he could do.'" But her suspicions were raised when Haggis left the scene until the end of the shoot and then couldn't look Newton in the eye when he briefed her about the shot. After quizzing her about the underwear she had on, and suggesting she might be more comfortable wearing "boy shorts," the writer/director told his star, "We need the scene to really, really, really drive the point home," according to the actress. She now regrets not finding out more about the controversial scene before filming her character's reaction later in the movie - something she had already shot. Newton adds, "I would have played the bedroom scene (with Terrence Howard) very differently. I would have played her as traumatised, not furious."