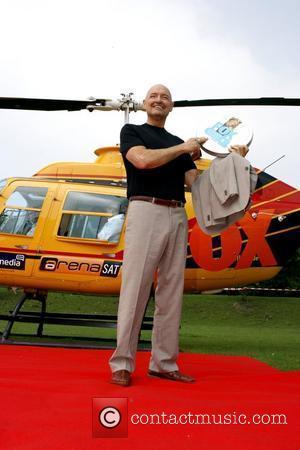 Picture: Terry O'Quinn arrives with a helicopter at Mediaparc Cologne for the premiere of the 4th season of Lost in Germany Cologne, Germany - 08.06.08

LOST star Terry O'Quinn is thrilled to be living in Hawaii because it has helped rekindle the romance in his marriage.

The star, who plays loner JOHN LOCKE in the hit show, has been married to his wife LORI for 26 years.

The couple relocated from their home in Baltimore, Maryland, to Oahu, Hawaii, where the show is filmed.

Now the couple are away from their two sons - Oliver, 24, and Hunter, 22 - they are alone as a couple for the first time since the early days of their marriage.

O'Quinn says, "I feel like we're back to how we were when we first got together. It's paradise."