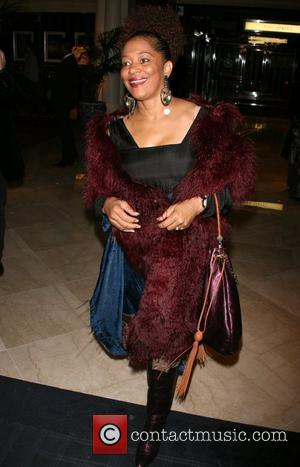 Acclaimed author Terry McMillan has taken aim at Will Smith and his wife Jada Pinkett Smith, accusing them of "pimping" and "exploiting" their kids JADEN and Willow.
The How Stella Got Her Groove Back writer has gone public with her thoughts about the way the Smiths are bringing up their children in a post on Twitter.com - and she doesn't approve of the success the youngsters are having so young.
She writes, "The Smith children already act like child stars. There’s an arrogance in their demeanour and behaviour. I find it incredibly sad. It feels like the Smith children are being pimped and exploited. Or, they’re already hungry for fame. What about 4th grade?
"A lot of A-list movie stars shielded their children from the Hollywood-world until they were old enough to decide. Look at those who didn’t. Look at Lindsay. Phoenix. To name but a few. They miss out on childhood. It’s more important than fame.
"These kids don’t already know what they love. Total bulls**t. They’re not prodigies. They think Hollywood is real. Why don’t they do a remake of The Little Rascals and call it a day? Or, come up with an original film with some ethnic pride. Come on."
MCMillan's 'Tweet' comes a day after Willow Smith was confirmed as the star of an urban remake of movie musical Annie, which will be produced by her parents and rap mentor Jay-Z, who signed her to his label Roc Nation last year (10).