Ahead of his special BAFTA recognition for his lifetime's contribution to television and film, a representative revealed that Jones has been diagnosed with dementia.

Terry Jones, one of the comedy legends behind Monty Python, has been diagnosed with dementia and is no longer able to give interviews, it has been revealed.

The 74 year old’s battle with the devastating disease was revealed via a statement by his representative, who was acknowledging a special BAFTA for his lifetime’s contribution to film and television on Jones’s behalf.

“Terry Jones has been diagnosed with progressive Primary Progressive Aphasia, a variant of Frontotemporal Dementia. This illness affects his ability to communicate and he is no longer able to give interviews.” 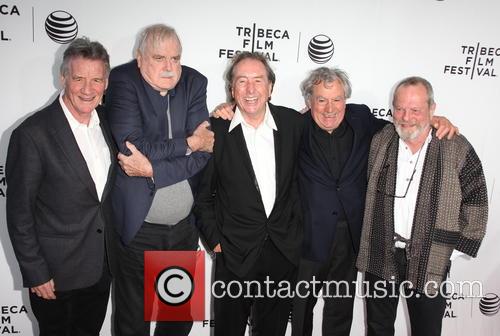 The Welsh-born comedian, actor and screenwriter has enjoyed a long and illustrious career, but he is best-known by far as part of the groundbreaking Monty Python comedy sketch team alongside John Cleese, Michael Palin, Eric Idle, Terry Gilliam and the late Graham Chapman. Together, they were responsible for a much-loved TV series ‘Monty Python’s Flying Circus’ and three feature films - The Holy Grail, The Life of Brian and The Meaning of Life.

He took an early interest in directing, helming most of the TV series, and co-directed the films alongside Gilliam, who went on to be an acclaimed director in his own right.

In addition to this, Jones wrote a series of books and screenplays, as well as maintaining an interest in poetry and music.

His representative added: “Terry is proud and honoured to be recognised in this way and is looking forward to the celebrations.”

Organisers of the ceremony are hopeful that Jones will be able to attend Sunday night’s ceremony at St. David’s Hall in Cardiff. He is set to be accompanied by a family representative and is not expected to speak at the event.

BAFTA Cymru’s director Hannah Raybould said in her own statement: “We are very much looking forward to celebrating the work of Terry Jones during the ceremony with a look back at his work from 1969 to the present day.”