The surviving members of the comedy troupe, John Cleese, Eric Idle, Terry Gilliam, Michael Palin and Terry Jones will all be taking part.

Earlier this week, Terry Jones announced that he and the surviving Monty Python members will all return to the stage, marking the first time in decades since they were all reunited. Jones' initial statement was followed up by confirmation from Eric Idle, who added that a press conference will be held today (21 Nov.), in which the remaining members - Jones, Idle, John Cleese, Michael Palin and Terry Gilliam - will give further details on the planned stage show. 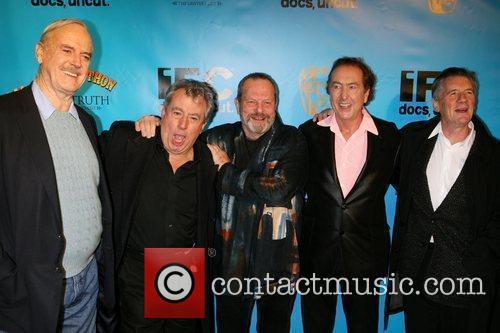 The group haven't performed together since the 80's

"We're getting together and putting on a show - it's real," Jones told the BBC earlier this week. "I'm quite excited about it. I hope it makes us a lot of money. I hope to be able to pay off my mortgage!"

Idle tweeted on Monday, "Only three days to go till the Python press conference. Make sure Python fans are alerted to the big forthcoming news event," adding a day later, "Python meeting this morning. Can't wait. Press Conference Thursday will apparently be live on Sky News. I'll get you the online URL." 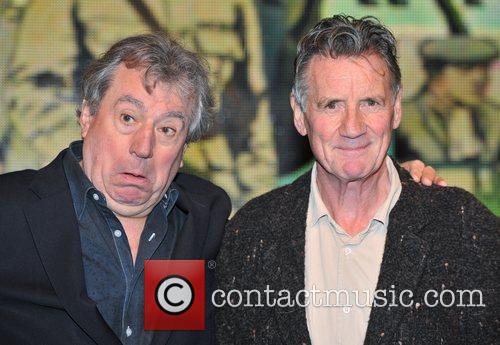 Jones (L) and Palin (R) went on to achieve independent success, as did the rest of the group

The comedy group, who will be without the departed Graham Chapman for the reunion shows, will use today's press conference to officially announce the stage show, as well as potentially giving further information into what we can expect to see, and when. The conference will take place at The Playhouse Theatre in London's West End, the same venue where the hit musical Spamalot - which is based on the 1975 film Monty Python and the Holy Grail - is being staged.

When the first episode of Monty Python's Flying Circus aired on the BBC in 1969, it completely revolutionised sketch comedy and mainstream comedy altogether, with their zany antics going on to influence generation after generation of left field comics. The series spawn three hugely successful movies, beginning with The Holy Grail and followed by 1979's Monty Python's Life Of Brian and 1983's Monty Python's The Meaning of Life.