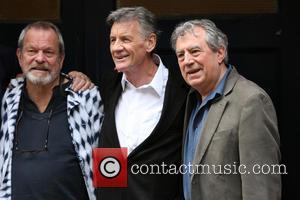 Filmmaker Terry Gilliam has been working through the grief of losing Robin Williams by revisiting their 1991 movie The Fisher King.

The director reveals he was recently asked by bosses at film distribution firm Criterion to review a new Blu-ray version of the mythical drama, about a man who descends into madness after his wife is murdered, and watching his old pal Williams at work helped to lift his spirits.

He tells The Hollywood Reporter, "I'd been pretty depressed since Robin died and watching it was exhilarating because there was Robin - alive and well...

"It was horrible when he killed himself... All of us, any of us who worked with him... it was just so hard to imagine he was gone...

"(But) I came out of that Criterion screening last week smiling because the real Rob was there."

Gilliam believes The Fisher King was one of the tragic actor's most rounded roles, but he can now understand why Williams was so good at portraying a man battling his demons.

He explains, "It is the whole breadth of Robin, which no other part I think out there does. From the hysterically funny to the manic to the utterly sweet to the sensitive and tormented, it's all there."

Referring to one particular part of the film, where Williams' character Parry is pursued by a figment of his crazed imagination, he adds, "Some of those scenes when he is being pursued by the Red Knight, looking at them now is hard because we now know the story. I didn't have to push him because he believed that was true. He knew the darker side and what it means to have demons."

Gilliam and Williams also worked together on three other films - 1988's The Adventures of Baron Munchausen and The Zero Theorem, in which the late star makes a cameo, while the actor also completed his role as a talking dog in forthcoming live-action British comedy, Absolutely Anything, which was directed by Gilliam's Monty Python pal Terry Jones and features alien characters voiced by the veteran troupe.