The former 'Monty Python' star was speaking out at the idea that the show wouldn't get made by the BBC in 2018.

Filmmaker and comedian Terry Gilliam has lashed out at comments made regarding diversity during a BBC debate that referenced ‘Monty Python’.

In June this year, the BBC’s controller of comedy commissioning, Shane Allen, was discussing the network’s policy regarding diversity for new programming during a panel, and was reported as describing the ‘Monty Python’s Flying Circus’ team as “six Oxbridge white blokes” and that a show like theirs would not get commissioned in 2018 because the BBC was committed to telling “the stories that haven't been told and the voices we haven't yet heard”.

“If you're going to assemble a team now, it's not going to be six Oxbridge white blokes,” Allen said during the conference, according to the Independent. “It's going to be a diverse range of people who reflect the modern world.” 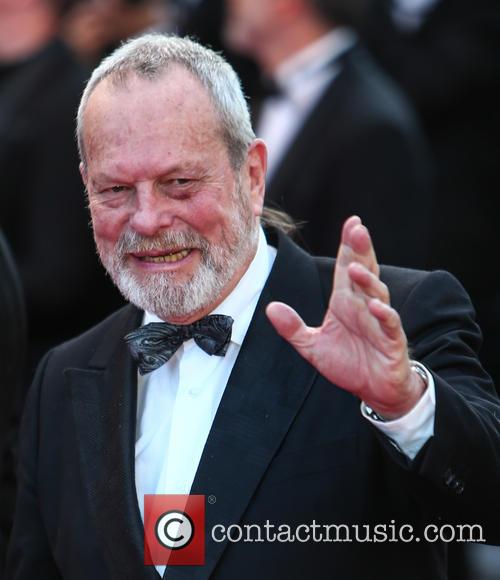 Speaking at a press conference for his new movie, The Man Who Killed Don Quixote, Gilliam hit out at Allen’s comments.

“It made me cry: the idea that… no longer six white Oxbridge men can make a comedy show,” Gilliam said, according to The Guardian. “Now we need one of this, one of that, everybody represented… this is bull****.”

Gilliam then continued by saying that Allen’s comments had made all of the rest of the surviving members of the Python team – John Cleese, Michael Palin, Eric Idle and Terry Jones – “angry… comedy is not assembled, it's not like putting together a boy band where you put together one of this, one of that everyone is represented.”

His comments reflected what his colleague John Cleese had tweeted on June 20th in reaction to Allen’s comments.

“BBC's Head of Comedy puts Monty Python's lack of originality down to a surfeit of education and racist bias,” the outspoken Cleese wrote. “Unfair! We were remarkably diverse FOR OUR TIME… We had three grammar-school boys, one a p***, and Gilliam, though not actually black, was a Yank. And NO slave-owners.”