To The Wonder is Terrence Malick's latest effort, though some critics are beginning to tire.

Ahead of its full U.S. release, a full theatrical trailer has been released for Terrence Malick's latest movie 'To The Wonder', about a couple from Oklahoma who run into problems after moving to Mont Saint-Michel - an rocky tidal island near Normandy, France.

Marina, played by Olga Kurylenko meets a priest and fellow exile (Javier Bardem) who is struggling with his vocation, while Neil, played by Ben Affleck, renews ties with childhood friend Jane (Rachel McAdams). Let us not beat around the bush here: critics hated Terrence Malick's latest effort and the reclusive filmmaker is probably beginning to divide critics more than even he would like. Tim Robey of the Daily Telegraph said, "The movie wants to explore looming crises of faith, but for Malick fans it's in serious danger of entailing one." Time Out said, "There's a phoniness to the film's people and places that keeps us at a fatal distance from the big ideas with which 'To the Wonder' seeks to engage us." There's a huge problem here. Malick presumably chose Mont Saint-Michel as its considered one of the most mythical and intriguing places on the planet. If it appears phony on-screen then 'To The Wonder' is done for.

The trailer doesn't really tell us much else about the movie - it's all pretty standard Malick fare. Ben Affleck walks through some fields. Ben Affleck drives down the road. Olga Kurylenko cries a bit.

Catch To The Wonder in U.S. theaters from April 12, 2013. We can't imagine the numbers will be big, though who knows, maybe it'll benefit from the Argo factor. 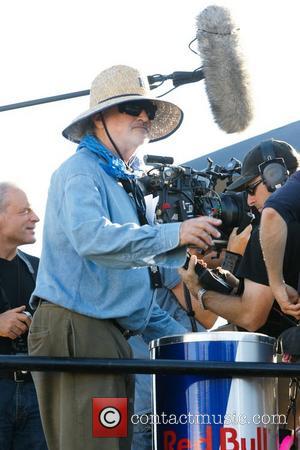