The movie, shot at Austin City Limits, will make an impact at the city's other big event.

The new music drama from Terrence Malick, 'Song To Song' starring Michael Fassbender, is set to premiere on the opening night of the 2017 SXSW Festival this weekend, celebrating the Austin music aesthetic that the movie is all about and setting the course for a phenomenal event.

Austin, Texas is one of the greatest cities for music in the world, playing host to two major music festivals each year; SXSW and Austin City Limits. It so happens that filmmaker Terrence Malick shot his latest movie 'Song To Song' at the latter in 2012, and they are bringing it back to Austin with a screening at the 24th edition of SXSW today (March 10th 2017).

The French Oscar-winner replaces Natalie Portman, who was initially cast as Lady MacBeth, and will star alongside Michael Fassbender.

Marion Cotillard has been chosen to bring some Gallic glamour to one of Scotland's most malevolent (fictional) characters in the latest big screen adaption of William Shakespeare's MacBeth. The Oscar-winning actress is set to star along German/Irish actor Michael Fassbender, who will be taking on the titular role, under the direction of Snowtown's Justin Kurzel, The Hollywood Reporter first revealed. 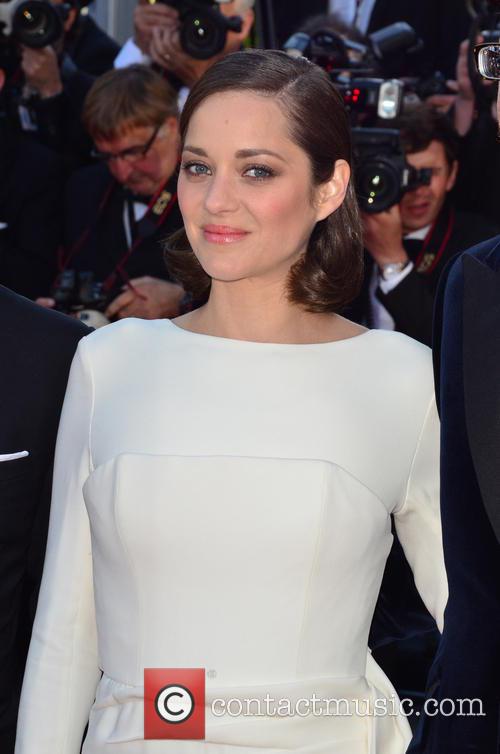 Distributed through StudioCanal and Film4, the latest rendition of the classic Shakespearean tragedy is being produced by The King's Speech backers Iain Canning and Emile Sherman, who run the production house See Saw. Which happens to be the same company that worked on the Fassbender-starring Shame. No further details of the film have been released just yet, so it is still unknown who Cotillard and Fassbender will be starring alongside when filming begins in January 2014.

To The Wonder is Terrence Malick's latest effort, though some critics are beginning to tire.

Ahead of its full U.S. release, a full theatrical trailer has been released for Terrence Malick's latest movie 'To The Wonder', about a couple from Oklahoma who run into problems after moving to Mont Saint-Michel - an rocky tidal island near Normandy, France.

Marina, played by Olga Kurylenko meets a priest and fellow exile (Javier Bardem) who is struggling with his vocation, while Neil, played by Ben Affleck, renews ties with childhood friend Jane (Rachel McAdams). Let us not beat around the bush here: critics hated Terrence Malick's latest effort and the reclusive filmmaker is probably beginning to divide critics more than even he would like. Tim Robey of the Daily Telegraph said, "The movie wants to explore looming crises of faith, but for Malick fans it's in serious danger of entailing one." Time Out said, "There's a phoniness to the film's people and places that keeps us at a fatal distance from the big ideas with which 'To the Wonder' seeks to engage us." There's a huge problem here. Malick presumably chose Mont Saint-Michel as its considered one of the most mythical and intriguing places on the planet. If it appears phony on-screen then 'To The Wonder' is done for.

Continue reading: Can Oscar Darling Ben Affleck Save Malick's To The Wonder? (Trailer)

Neil is the subject of a cautionary tale about the dangers of falling in love. He thinks he has met the woman of his dreams when the European Marina flies over to the States to be with him. However, as beautiful and as perfect as their love seems, Neil can't stop seeing Jane; an old flame from the town he grew up in; as a spark is ignited between them once more. He becomes doubtful of his love life, and struggles to make sense of it while Father Quintana is equally struggling with his faith, unable to see past the pain and suffering in the world. Neil must understand that love is not perfect, nor is it easy in execution; you are at constant risk of failure, of betrayal and ultimately heartbreak. But love in its many forms is nonetheless a beauty, even if it can be unpredictable.

Continue: To The Wonder Trailer

To The Wonder Review

Frankly, a bad Terrence Malick film is better than 90 percent of movies released in cinemas: but if you thought The Tree of Life was indulgent and overly kaleidoscopic, you should avoid this like the plague. Because this film is even looser and more internalised, taking an impressionistic approach to plot and characters that gives us very few specifics. It also leaves the cast to play mere hints of people who are having crises of faith and love.

After a lushly romantic trip to Paris and Mont Saint-Michel, Neil (Affleck) brings his French girlfriend Marina (Kurylenko) and her 10-year-old daughter Tatiana (Chiline) home to Oklahoma to live. The geography and culture are a shock to both of them, but Marina tells Neil, "If you love me, I'm OK here." So they begin to bond as a family, and Marina turns to local Catholic priest Quintana (Bardem) for support. But he's having a crisis of faith, and she's wondering if she's made a terrible mistake. So when her visa expires, she takes Tatiana and returns to France. In confusion, Neil then turns to his old flame Jane (McAdams). But as their rekindled romance begins to get serious, she realises that he's still in love with Marina.

Malick tells this story with snippets of ideas and feelings. Emmanuel Lubezki's sumptuous cinematography finds raw beauty everywhere, including in Malick's trademark sun-dappled leaves, waving wheat fields and rippling water. But there's also raw beauty in the actors' faces, and we understand their thoughts through breathy voiceovers that offer philosophical musings and biblical texts. As a result, only Marina emerges as a properly defined character with passion and yearnings; everyone else is sketchy and vague. Even Affleck and Bardem, who have strong on-screen presence, never quite register here.

Continue reading: To The Wonder Review 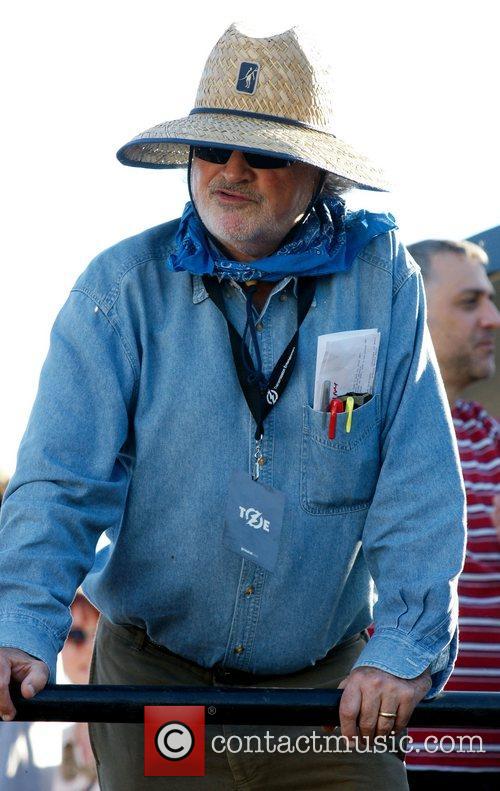 A rare photograph of Terrence Malick, at the Fun Fun Fun Festival

Get a good look at the above photo, readers, because it's not too often you see pictures of the multiple-Oscar nominated film director Terrence Malick doing his day job. Malick was with a few of the cast who are appearing in his as-yet untitled music, including Michael Fassbender, Savanna Welch, Rooney Mara and a spotlight-stealing Val Kilmer -it's not often you can say that - at the Fun Fun Fun Festival in Austin, Texas where he is shooting. Though the director tried to hide his face with a large hat and sunglasses combo, there was no such shyness from Kilmer who, according to the Indiewire, joined band the Black Lips on stage before wielding a chainshaw, cutting his 'hair' (it looked like a wig) and then being 'forcibly removed'. Nice one Val.