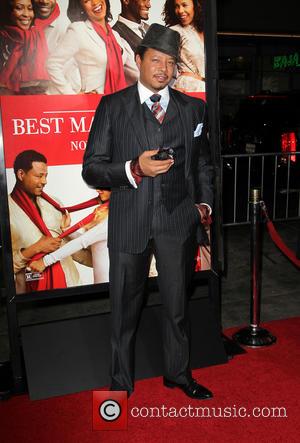 The Butler star Terrence Howard has reportedly married for the fourth time.

The actor and his girlfriend, Miranda, exchanged vows quietly earlier this autumn (13) and hinted they were husband and wife at The Best Man Holiday premiere last month (Nov13), when they arrived wearing matching bands on their ring fingers.

Now sources have confirmed Howard and the Canadian are indeed married with one insider telling media outlets, "He only knew her for about a month!"

Howard has been married three times before - twice to the same woman, Lori MCCommas.

Earlier this year (13), he was ordered to stay away from another ex-wife, Michelle Ghent, after she alleged he had attacked her during a family holiday in Costa Rica. Howard maintains he was the victim, stating Ghent attacked him with pepper spray and struck his adult daughter.

Ghent and Howard finalised their divorce in May (13).

The actor has yet to confirm the latest marriage reports.