The Editors say their new album will feature one of the most ''ludicrously pop'' songs they have ever written.

The Editors' new album will be "nasty" but "not entirely serious".

However, frontman Tom Smith insists that despite the group's dark lyrics, he is "not entirely serious", and says the new songs will feature some of the band's most pop moments yet.

He said: "I think we've always been non-commercial in the sense that a lot of our lyrics are dark, nasty even, but through the music we make we've been able to get that kind of message into people's homes.

"It's like with the song on the album called 'Eat Raw Meat = Blood Drool'. I'm not being entirely serious with the lyrics in that - its my rubbish, sick sense of humour I guess - yet that image on face value is pretty gross, despite being wrapped up in possibly the most ludicrously full-on pop song we've ever written.

Tom also told how the band's latest album 'In This Light And On This Evening' takes inspiration from science fiction.

He added to website Drowned in Sound: "I saw a correlation between the music we were making and watching films like 'Blade Runner'- then as soon as Chris started writing on keyboards it reminded me of 'The Terminator' theme in that a bleak, almost sci-fi theme was creeping in." 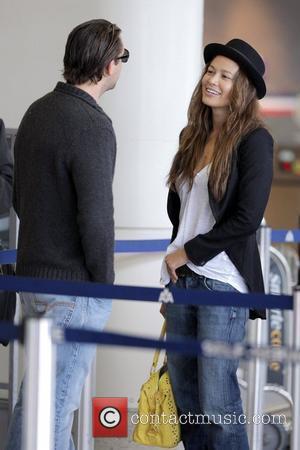