This weekend saw "Warm Bodies" actress Teresa Palmer and "Scott Pilgrim vs. The World" actor Mark Webber tied the knot at a private ceremony in Mexico.

Congratulations to Warm Bodies actress Teresa Palmer, who just tied the knot with longtime boyfriend Mark Webber. According to Us Weekly, who were first to break the happy news, the couple got hitched in Mexico on Saturday, December 21, ahead of the birth of their first child.

The couple got married ahead of the birth of their baby.

It sounds like the perfect intimate wedding, with the pair saying “I do” at a private house in Punta Mita, overlooking the ocean. The bride was wearing an appropriately airy white lace dress with plenty of room for her baby bump. In the ultimate moment of cuteness, the pair exchanged vows under a an altar decorated with greenery and white and pink flowers. They reportedly held hands the entire time. The now married couple announced their engagement back in August, just two weeks before dropping the baby news. This will be the 27-year-old actress’ first child, while Webber, 33, has a young son, Issac Love, with actress Frankie Shaw. 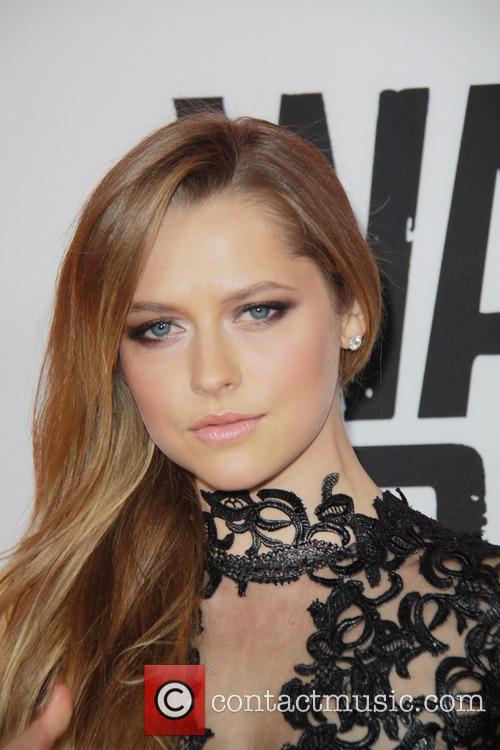 Palmer announced she was pregnant back in the summer and it's been nothing but good news from the couple ever since.

It’s been an emotional month for Palmer, who just celebrated her baby shower on December 15. The actress gathered friends and family at Red O restaurant in West Hollywood. The guests, including actress Jaime King enjoyed some Mexican cuisine (to tie it together with the wedding, perhaps) and classic baby shower activities like decorating baby bibs. An insider for Us reports that the couple seemed overjoyed, with Webber paying special attention to his fiancé and mother-to-be.

"Everyone was posing for pictures and rubbing Teresa's belly, seeing if they could feel the baby kick," the insider said. "Mark always had his hand on Teresa's stomach as well, and seemed excited and proud."

Getting ready for the little one:

A HUGE Thanks to @Honest company and @jessicaalba for sending me the "diaper cake" full of baby goodies! pic.twitter.com/wWF1kSM8np