So, How Did Real Housewives' Teresa Giudice End Up Facing 50 Years?

Could Teresa Giudice be heading to prison? 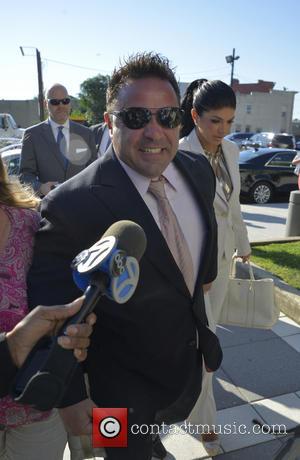 So how did a seemingly innocuous member of the Real Housewives of New Jersey cast, Teresa Giudice, end up being indicted on federal fraud charges?

Judge Cathy Waldor ordered the television star and husband Joe Giudice on $500,000 bond each this week, forcing the pair to give up their passports and limit travels to New Jersey and New York.

Joe was very much...Joe...on his way to Newark's federal courthouse, slapping a news camera out of the way as he fought his way through the crowds. "Calm down, Joe," his lawyer, Miles Feinstein, pleaded. "Don't do that," according to the New York Daily News.

Both answered "Yes," when asked by judge Waldor asked them if they understood the charges levelled against them. Neither entered a plea, though Teresa was free to leave without signing a thing, given that she brings home the bacon in the family.

According to the Daily News, she's paid $36,000 an episode or about $750,000 a season of Real Housewives. She's also released a series of cookbooks and a specialty food line called Skinny Italian that has made her thousands.

According to TMZ.com, the 39-count indictment claims Teresa and her husband massively defrauded the IRS as well as several banks between 2001-2008. The U.S. Attorney claims the Giudices conspired to illegally obtain mortgages and other loans from multiple banks by intentionally overestimating their incomes. Which is massively, massively illegal.

Another problem for Joe Giudice, real name Giuseppe, is his Italian citizenship, which could see him face deportation. 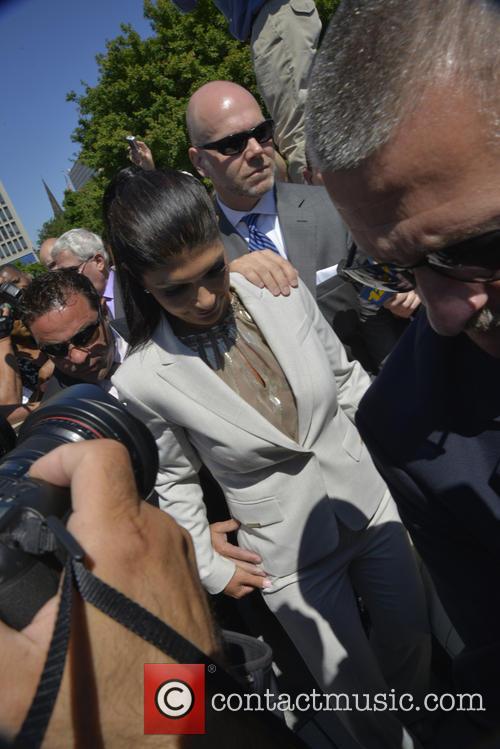 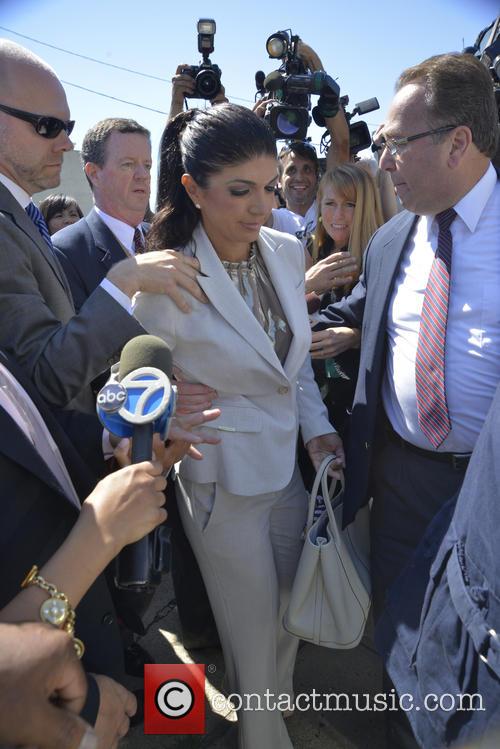 Journalists Fight To Get A Comment From Teresa Giudice 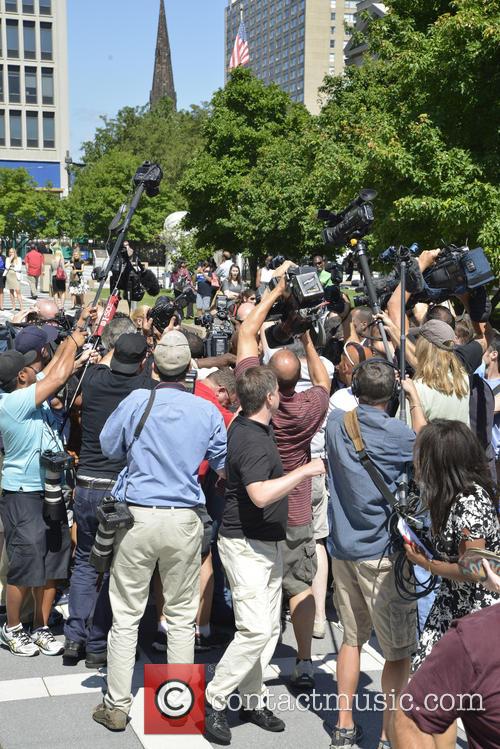 Hundreds of News Teams Turned Up In Newark